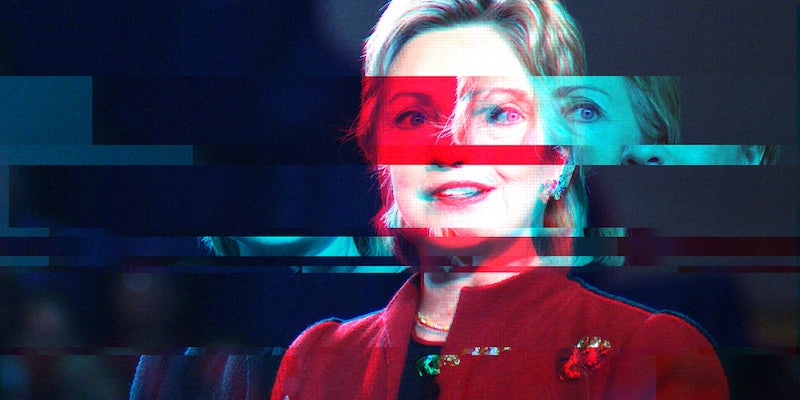 Hillary Clinton hints that she supports backdoors in encryption

Clinton didn't go so far as to propose a specific policy.

Hillary Clinton on Thursday condemned tech companies’ staunch refusal to weaken their encryption to make law-enforcement and counterterrorism investigations easier for the government.

The issue of whether tech companies should add “backdoors” to their products’ encryption—which would ensure that police and intelligence agencies could decrypt suspects’ communications—rose unexpectedly to the forefront of the national-security conversation after the Paris terrorist attacks. Although there is no evidence that the attackers used encryption to hide their planning conversations from authorities, politicians quickly seized on the incident to make their case for backdoors.

“We should take the concerns of law enforcement and counterterrorism professionals seriously.”

Despite decades of anti-encryption rhetoric from senior U.S. officials like Comey, who has suggested that companies like Apple are aiding terrorists by implementing encryption that even they cannot break, Clinton on Thursday told Silicon Valley “not to view government as its adversary.”

“We should take the concerns of law enforcement and counterterrorism professionals seriously,” she said.

Clinton’s campaign did not respond to an email asking what, specifically, she thought should be done to address the perceived problem of encryption.

Independent security experts overwhelmingly agree that backdoors and other attempts to guarantee government access to encrypted communications are unfeasible and unwise. They cite the complex technical logistics, the financial cost to U.S. businesses (as consumers flee their products for more secure foreign competitors), and the international precedent that such U.S. policies would set.

Tech companies continue to fiercely oppose attempts to weaken their encryption. In a statement Thursday, the Information Technology Industry Council, a leading tech-industry trade association, said, “Weakening security with the aim of advancing security simply does not make sense.”

Clinton acknowledged in her comments Thursday that there were risks to weakening encryption, citing “legitimate concerns” about “creating new vulnerabilities that bad actors can and would exploit.”

H/T The Hill | Photo via Marc Nozell/Flickr (CC BY 2.0) | Remix by Max Fleishman