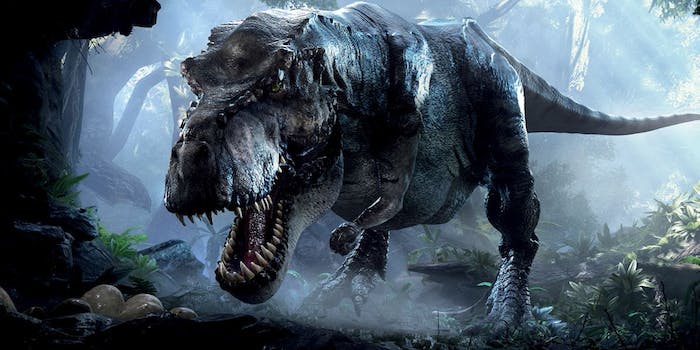 The technology behind this so-real-it’s-scary VR demo

The new Oculus build is all icing on top of what Crytek’s VR technology brought to the table.

The VR battle is getting out of hand. The one-upmanship cannot be stopped, and the increasing amount of things we can strap on our heads to jump into virtual worlds is unstoppable.

Last week at GDC, we got a look at which of them actually have a shot. Both the Sulon Cortex and Steam VR were incredibly impressive, perhaps the best yet. But then we tried Crytek’s latest build of Oculus Rift, and the competition was over.

The entire time I was fighting my brain, trying to tell it that this wasn’t real. My brain had other ideas.

The latest build of Oculus Rift, however, is impressive in its own right. Previous hands-on time with developer units of the headset pales in comparison to the update. Clearly, it’s a process that’s requiring a lot of iteration. It’s taking each company to see what the other improves upon, and integrate a better version of that into its own headset.

The new iteration (Oculus Rift Crescent Bay), which is not available for developers just yet, is a huge improvement on past developer models. It includes an undisclosed, but higher resolution display, and much better headtracking. The Oculus Rift doesn’t use any cameras or infrared lights, but simply relies on accelerometers to measure where your head is in relation to space. This should solve the problem of wobbliness in the former version, as well as delay and image blur caused by frame rate.

But that’s all icing on top of what Crytek’s VR technology brought to the table.

As stated previously, past games made on the Oculus would have pretty wonky frame rates with blurry images. Crytek really wanted to create an experience that felt one-to-one. To do that, it required higher frame rates. For this demo, which put you in the middle of the Jurassic era, Crytek pushed the frame rate to a silky 96 frames. Things were so fluid; the aforementioned blurriness was gone completely.

Lining up sight and sound

Crytek told us it was important for them to create a demo that eliminated dizziness. To pull this off, the team did a lot of research into what the eye sees and what the inner ear hears. Crytek wanted to make sure images and sounds lined up just as they would in real life. Couple that with the new Crescent Bay prototype and it was absolutely uncanny how accurately it picked up a players’ head movements. I had praised both Project Morpheus and Sulon Cortex for using systems that track a player’s’ head in relation to the room, but honestly, this experience outdid them both. The sheer accuracy of simple accelerometers inside the Rift was just too good, and too lifelike. For the first time, it really felt like being taken to another world.

I found myself dodging giant dragonflies, knowing full well that they weren’t real. Even more daunting was confronting a T-Rex face to face. While these things might have gotten an small jerk from me at 3D movies, I was instinctually moving my entirely body to avoid them. The entire time I was fighting my brain, trying to tell it that this wasn’t real. My brain had other ideas.

It wouldn’t be a Crytek demo if it didn’t incorporate better graphics technology. Past games on the Rift looked like video games. This felt like CG. Granted, the Crescent Bay had to be directly lined to a desktop. Crytek would not reveal what specifications were being used, but told me that my computer could handle the demo. For reference, my desktop uses a MSI 780 Lightning graphics card. So you won’t require three graphics cards linked together.

To really get that immersive experience, it’s absolutely necessary to bring realism as high as possible. For VR to really transport a player to another world, that uncanny valley between what’s real and what are computer-generated graphics needs to be drawn in. Crytek is definitely trying to push as much horsepower out of its engine as possible to give players higher frame rates, cleaner movements, and greater graphics. If Crytek keeps on doing that, it may become the defacto technology that game developers license to make their own VR games.