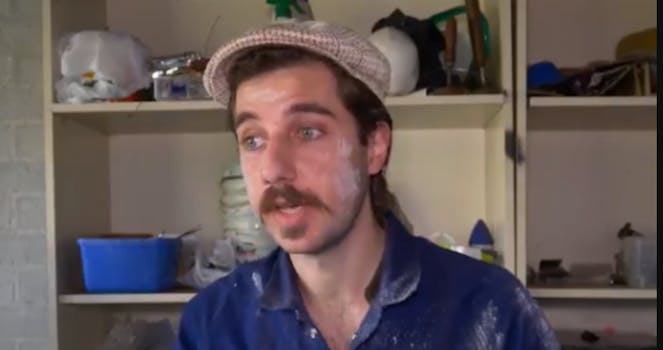 Watch this fake interview with ‘the guy who makes racist statues’

Americans love imports—wine, cheese, fiancés—whatever it is, things just taste better when they come from overseas.

Amid the global pandemic that has curtailed travel and disrupted international commerce, Twitter users were recently delighted to find that there is one thing that’s still safe to import: humor.

In the last few days, Australian comedy group the Chaser has gone viral with a hilarious video interview with “the guy who makes the racist statues.”

The video plays on the recent phenomenon of people pulling down statues perceived as racist. Statues of Confederate generals, slave traders, Christopher Columbus, and others have recently been removed by protest crowds and public officials.

“There’s not a lot of work in statue-making,” John says. Once you put one up, that’s it; too many statues in an area is “a nightmare.”

This is why his family business models focuses on racist statues.

“The idea is that someone’s gonna want to tear it down because it’s racist, and then we get commissioned to make a whole new statue! Pretty good.”

John then gives a quick rundown of some of their finest work in racist statues.

“We did Captain Cook. We’re pretty proud of that one. We did the warlord, Lachlan Macquarie. He’s the guy who hung all those Aborginal people off trees.”

Queen Victoria “the drug dealer” is another. “She just kept killing Chinese people until they’d buy her opium. She must have starved, like, millions of Irish people.

“These are all the things we look for when we’re trying to make racist statues.”

John later complains that lately “heaps of cops” keep showing up to protect the statues, “making it really, really hard to get more work.”

Asked if he’s thought about an alternative path, he concedes that he’s considered not making racist statues, and has recently branched out into other offensive statuary.

“Right now, we got commissioned to make three pedophile statues for the Vatican. Should be good.”