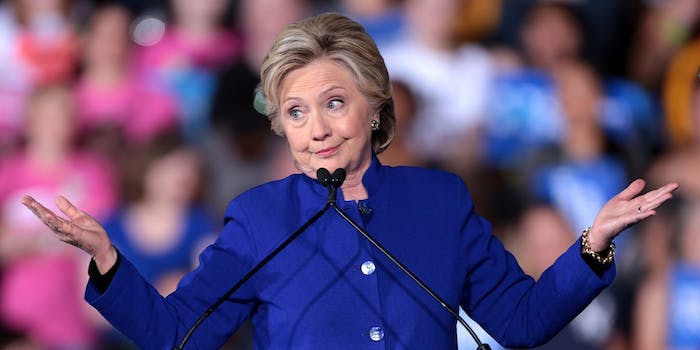 Many of the allegations relate to Hillary Clinton's use of a private email server.

“[W]e believe that those in positions of high authority should be treated the same as every other American, we want to be sure that the potential violations of law outlined below are vetted appropriately,” the eleven lawmakers write in introduction.

“In doing so, we are especially mindful of the dissimilar degrees of zealousness that has marked the investigations into former Secretary of State Hillary Clinton and the presidential campaign of Donald Trump, respectively.”

The conservatives, led by Rep. Ron DeSantis (R-Fl.), several of whom are members of the House Freedom Caucus, make a range of allegations against each individual they name and list the potential federal statute they believe has been violated.

Most of the allegations listed are tied to the investigation into Clinton’s use of a private email server and suggest that the named officials worked to protect her from prosecution, an accusation they primarily bring against Comey, FBI agent Peter Strzok and Justice Department lawyer Lisa Page

The lawmakers accuse Clinton’s 2016 presidential campaign of “disguising payments to Fusion GPS” to pay for the Christopher Steele dossier, an uncorroborated research document which claimed that Russian government had compromising blackmail material on President Donald Trump.

Democrats are skeptical of the letter’s intention, however, and some have argued that the Republican congressmen are, in an effort to offset focus on special counsel Robert Mueller’s investigation into Russian interference, demanding politically motivated prosecutions that target Trump’s oppositional enemies.