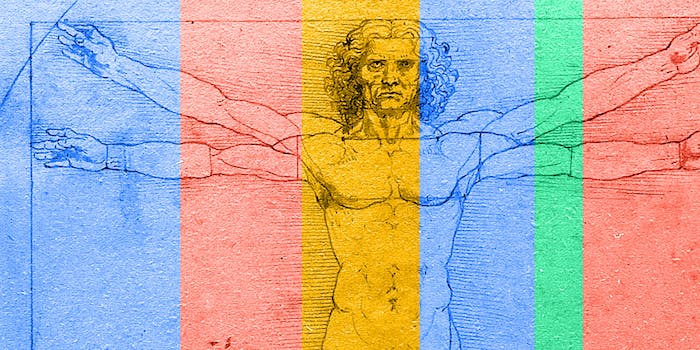 Google wants to lead the way for early disease detection

This may be Google's biggest moonshot to date.

In its latest moonshot, Google X, the experimental arm of the tech conglomerate has begun a study to craft a complete depiction of what a perfectly healthy human being should be, according to the Wall Street Journal. To accomplish this, the project called Baseline Study has began with a trial, collecting anonymous genetic and molecular information from 175 people, before expanding the study to include thousands more.

Baseline Study is lead by Dr. Andrew Conrad, a molecular biologist, the co-founder and former Chief Scientific Officer of the National Genetics Institute. Dr. Conrad, who has been the Director of Google X since 2013,  is known for creating cheap, high-volume HIV tests for blood screenings. Dr. Conrad has put together a team of 70 to 100 experts in a multitude of related fields including molecular biology, physiology, optics, and biochemistry.

The goal of Baseline Study is to push medicine from treatment to prevention. The hope is the progress made in Baseline Study will lead to much earlier detection of deadly diseases like cancer and heart disease, instead of catching them once they’ve already caused damage. There have been genomic studies prior to this, but none have been as big or as exhaustive as Baseline Study will be.

To accomplish this, Baseline study will use a newly built set of diagnostic tools to collect hundreds of samples from an array of participants, and it will use Google’s processing power to find certain patterns, or what is known as biomarkers. The belief is these biomarkers will be able to help researchers detect diseases much earlier than currently possible.

Currently, most biomarkers that have been established come from late-stage diseases and help in treatment, not prevention, as studies usually focus on the sick.

Speaking to the Wall Street Journal, Dr. Conrad said, “with any complex system, the notion has always been there to proactively address problems. That’s not revolutionary. We are just asking the question: If we really wanted to be proactive, what would we need to know? You need to know what the fixed, well-running thing should look like.”

Dr. Conrad and Dr. Sam Gambhir, the chair of the Stanford University Department of Radiology—who has been working with Dr. Conrad on Baseline Study for more than a year—both admit that the endgame for the Baseline Study is an unknown, with so many variables in the human body, but hope progress can be made incrementally.

Speaking of Dr. Conrad to the Wall Street Journal, Dr. Gambhir said “he gets that this is not a software project that will be done in one or two years. We used to talk about curing cancer and doing this in a few years. We’ve learned to not say those things anymore.”

To head off the inevitable questions about patient participation and Google’s numerous privacy issues, the company told the Wall Street Journal that all patient information will remain anonymous, and only be used for health-related purposes. No information would be given to insurance companies, who would consider it an invaluable tool lo lower their risk factors.

“Google will not be allowed free rein to do whatever it wants with this data,” Dr. Gambhir said to The Wall Street Journal. Baseline Study will also be monitored by institutional review boards, and boards from the medical schools at Stanford University and Duke University, who will be able to control how the information is used and disseminated.

The trial, which is already underway, will collect bodily fluids—urine, blood, tears and saliva—and tissue samples from participants, which will be analyzed by researchers to determine the protocols and procedures for the larger studies that will include thousands at Duke and Stanford.

Information from the larger studies will include the participants genome, parental genetic history, heart rates under stress, metabolic habits, and how chemical imbalances affect genes. Google says the researchers at Duke and Stanford—who are not Google employees—will remove any identifying information from the data before Google can access it.

While this is Google’s biggest entry to date in the healthcare field, Dr. Conrad doesn’t see this as a departure for the company. “We shouldn’t put a slash through our mission statement and say that health care is excluded.”

While there is no specific timetable for Baseline Study, it may be Google’s most important moonshot to date. If it succeeds in finding diseases early, it could change the medical landscape for millions of people around the world, but as with every major health study, only time will tell.