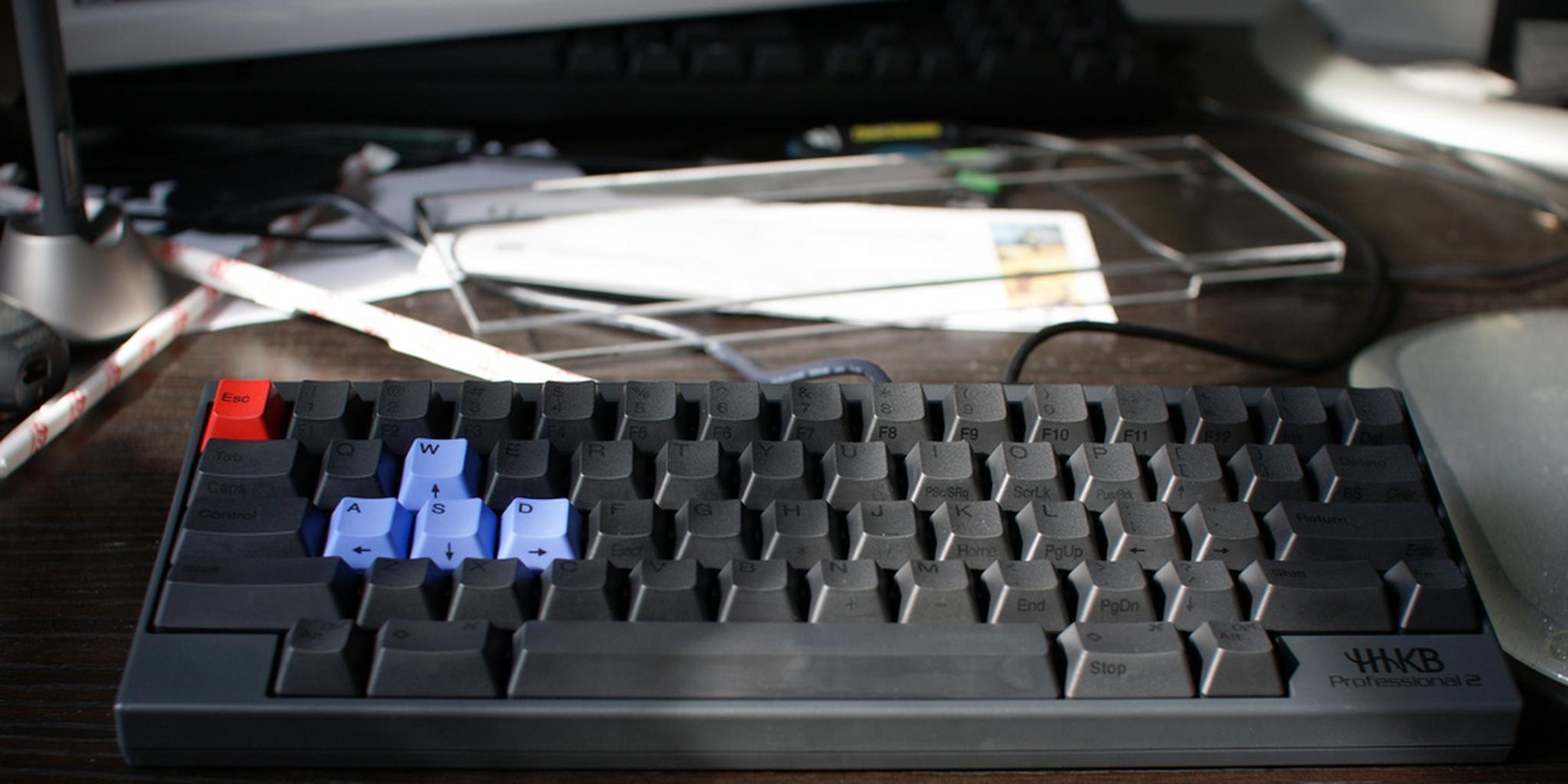 RapGenius is being investigated for gaming Google

RapGenius, a popular lyrics website worth millions of dollars, has been caught scamming links in an attempt to improve its position on Google’s search results. Matt Cutts, the head of Google’s webspam team, says Google is investigating the issue.

Any penalty given to RapGenius’s search result placement could be a big blow to a business largely dependent on Google to drive traffic and revenue.

The search engine scandal flared up on Monday evening when John Marbach wrote a blog post about how he’d stumbled upon the scam. RapGenius was soliciting “blog affiliates,” a vague program that promised rewards for everyone involved.

When Marbach emailed RapGenius asking about the details of the affiliation, co-founder Mahbod Moghodam responded. If Marbach blogged and added a long list of links to Justin Beiber lyrics on RapGenius, Moghodam explained, he would tweet links to Marbach’s blogs. Simple. And against Google’s rules. 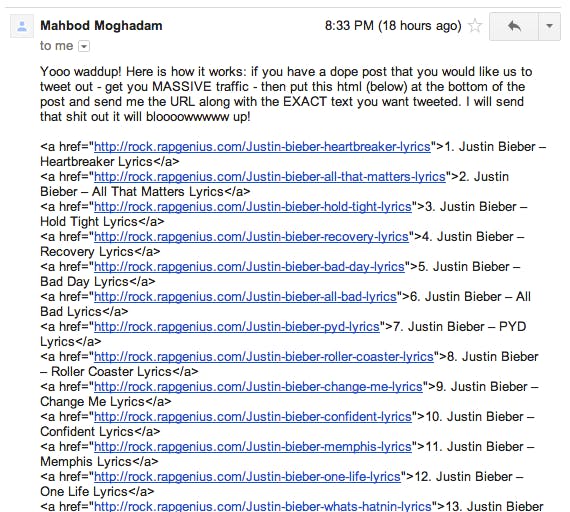 RapGenius, a Y Combinator company which received $15 million in venture funding in 2012, needs Google search results to survive. When millions of people seek out the lyrics to their favorite songs, RapGenius wants to be the top result for as many searches as possible.

When they ask blogs to put artificial link trades onto posts, RapGenius is attempting to manipulate the way Google works. A major part of the search behemoth’s algorithm called PageRank ranks pages by the amount of links they receive from other websites. Google’s goal is put quality websites that people like on the top of search results.

“Thus, the most powerful weapon RapGenius can deploy is a series of powerful hyperlinks,” wrote Marbach. “You can see in Mahbod’s email that he is asking for hyperlinks from high-page rank sites (personal blogs) with anchor text that mentions tracks from Bieber’s most recent album.”

On its official Twitter account, RapGenius said their programs “feel stupid in retrospect—gonna stop—but I hope google revisits how ALL lyrics sites do SEO! our competition is… doing some ULTRA shady stuff! I have no doubt in my mind that they pay for links.”

The tweets have since been deleted. No word yet on the conclusion of the Google investigation.