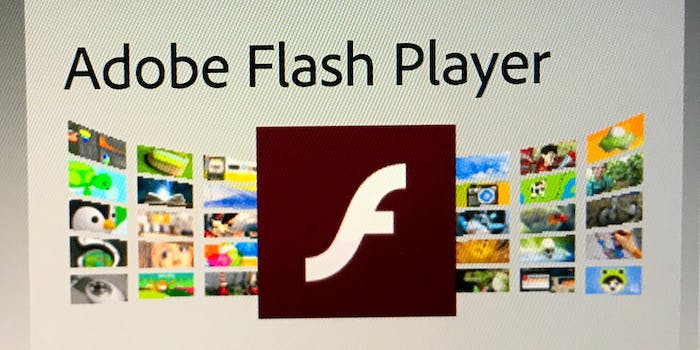 Still using Flash in Chrome? It’s time to prepare for the end

Flash will be phased out entirely from Chrome by December 31.

Adobe Flash had a more than 20-year run as a major piece of multimedia software. But that is coming to an end.

Google announced in 2017 that over the next three years Adobe Flash would be phased out of use. Google and other major browsers were motivated to remove Flash because of its nosedive in usage and security concerns.

During that time, Flash has been almost entirely replaced by newer internet languages and standards like HTML5.

Google is not alone. Adobe also announced in 2017 that Apple, Facebook, Google, Mozilla, and Microsoft would also soon make Flash a plug-in of the past.

“Over time, as the web evolved, these new formats were adopted by the community, in some cases formed the basis for open standards, and became an essential part of the web,” Adobe wrote in a statement.

Additionally, the popular plug-in faced security issues throughout its lifetime. Hackers were able to gain access to private information because users downloaded Flash programs onto their devices. Most recently in February, the Hacking Team revealed ways hackers could obtain victim’s information through Flash.

Google Chrome reported a 63% drop in Flash usage from 2014 to 2017. Since then, the numbers likely dropped even further as Google began phasing out Flash from its browser.

If you have used the internet during the 2000s, odds are you have seen the pop-up that says ‘click to enable Adobe Flash Player.’

Adobe Flash is a multimedia software for the creation of animations, videos, games, and applications. It allows developers to display text and graphics while streaming audio and video. It also acknowledges user mouse and keyboard movement for user interaction in gaming content.

Downloading Adobe Flash Player allows users to view the Adobe Flash content. On browsers like Chrome, it comes in the form of a plug-in.

If a user wanted to view a video created on Adobe Flash then a pop-up would appear to download the free, updated version of Flash Player. Throughout its time of popularity, Flash would run automatically unless users chose to block it.

Similar to other Adobe applications, Flash was made as a tool for online developers. Eventually, Flash capabilities became the standard for online media content.

How is Google phasing out Flash?

Although Google Chrome announced the end of Flash in 2017, its departure began earlier than that.

Major changes started in 2016 when Google began transitioning to HTML5, the latest version of an internet markup language. In September, Chrome 53 stopped including Flash in the background for page analytics. Then, Google rewrote Flash to HTML5 on YouTube.

By December, Chrome 55 defaulted to HTML5 except for pages only supported by Flash. For developers, if their content was not made with the HTML5 content player, their content would not automatically play.

Users had to enable Flash site by site, as it was disabled otherwise.

Since then, Google has gradually disabled Flash as default on web pages. By December 31, users will not be given the option to enable the plug-in anymore.

What will replace Flash?

Web standards already adopted Flash capabilities so that in 2021 most sites will not appear any different.

HTML5 is the default language for sites on Google Chrome and is the recommended language by the World Wide Web Consortium (W3). The fifth version launched in 2008 with intent of supporting current multimedia content without plug-ins.

Other than HTML, WebGL is a Javascript API which also provides developers with the tools to create Flash-like content.

Lastly, WebAssembly, also recommended by W3 in 2019, is a set a standards for developers. It defines code so that developers can create high performance web pages with multimedia content.

Although Flash is on its way out, the content created on Flash is not. Tech experts at Focus Eduvation say that Flash to HTML5 conversion is not only cheap but will provide developers with faster, high performing content.

Flash isn’t vanishing forever on December 31, but it will stop being updated for security—which means it may be in your best interest to prepare for the end.