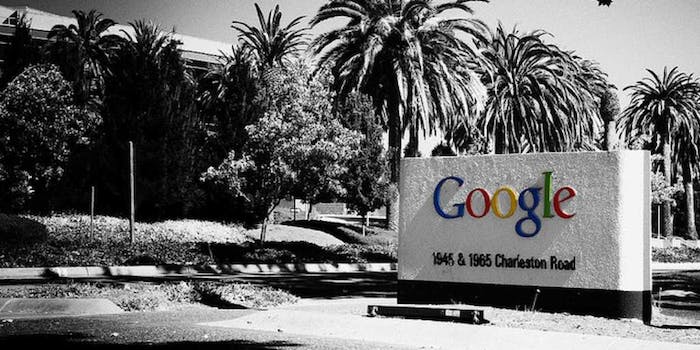 EU authorities expected to level another antitrust case against Google

Another antitrust case is being sent Google's way

European regulators are preparing an antitrust case against Google’s Android mobile operating system, according to a Reuters report. The case is said to center around whether Google is illegally using Android’s 80-percent market share in Europe to promote its own services, like Google Maps and Google Search.

According to Reuters, the European Commission sent out a questionnaire to companies that have done business with Google, as the Commission attempts to find out if there was a “requirement set by Google, written or unwritten, that they not pre-install apps, products or services on mobile devices that compete with Google software like its search engine, app store and maps.”

The Commission also asked those companies to provide correspondace with Google, including “emails, faxes, letters, notes from phone calls and meetings, and presentations stretching as far back as 2007.”

Android is open-source, which allows any company to use the software for free, but it is known throughout the mobile industry that Google sets requirements on companies if they want timely updates. Reuters spoke to a former Google executive who said a contract was signed that stipulated the number of Google services that needed to be pre-installed on the device if the manufacturer wanted the latest version of Android.

The future of this case will depend greatly on European Commissioner of Competition Joaquin Almunia, whose term ends in October. There is widespread belief from lawmakers around Europe that Almunia has been too soft on Google. One Reuters source called the latest antitrust case “a political game,” and said that Almunia “has to bring a case” for political reasons.

This isn’t the first antitrust case Google has had to deal with in Europe. The tech conglomerate is attempting to settle another antitrust case with the European Commission surrounding search results, where Google is once again accused of promoting its own products over rivals, according to Bloomberg. The Commission will decide whether to accept a settlement for that case in September.

The Commission has the ability to fine offenders upwards of €1 billion, which makes this case something Google cannot overlook. With the first case appearing as if it may be headed toward a settlement, Google may attempt to settle this case—without Almunia at the helm, if possible. If the next Commissioner of Competition—who many expect to be tougher on Google given the criticism of Almunia—doesn’t allow for a settlement, Google may have a fight on its hands.