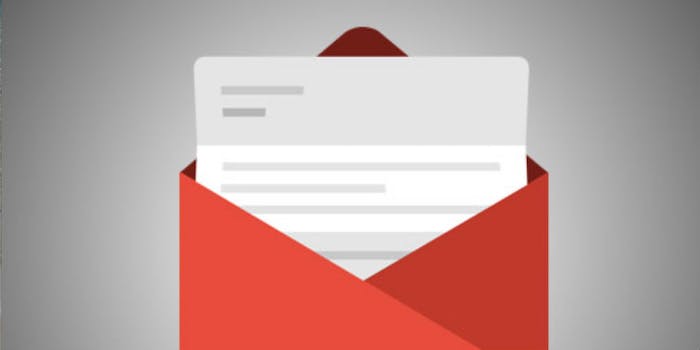 There's no need to toggle between Gmail and Calendar tabs now.

It’s been a while since we’ve seen a big update from Gmail, Google’s trusty cloud-based email provider. Its last few tweaks have mostly centered around security and general ease of use—nothing that would dramatically change the look and feel of the site. In the next few weeks, we’re going to see a new Gmail redesign, Google has confirmed.

While we usually greet the word “redesign” with a cringe, this Gmail redesign doesn’t look bad at all. According to images seen by The Verge, the new Gmail looks largely similar to the current design, save one big update: It adds the option of a calendar pane on the right side of the screen. The pane is narrow, only wide enough to show one day’s schedule, but it certainly seems useful. Now, when someone emails asking if you’re free for a meeting on a certain day, you don’t need to open a new tab to check your calendar. You can just tap this calendar panel, check the date, and reply back to the email.

If the calendar panel isn’t helpful to you, you can instead see a list of your upcoming tasks or the Keep note-taking app.

The redesign also adds icons to the left of the various sections of Gmail, listed on the lefthand side of the page. This includes your Inbox, Starred messages, and Sent messages, among others. The compose button in the upper left also gets some prominence. It’s now oval-shaped with some shading, with a colorful plus-sign icon to its left.

The Gmail redesign gives users three layouts to choose from: a compact view that most resembles its current look; a “comfortable” view; and a default view that brings additional attention to photos and documents that are attached to emails.

Gmail is also taking some of its mobile-only features to the web, such as smart replies. The update adds the ability Snooze messages, removing them from your inbox and re-inserting them at a more convenient later time. Snoozing and smart replies are both already features of Google’s Inbox app.