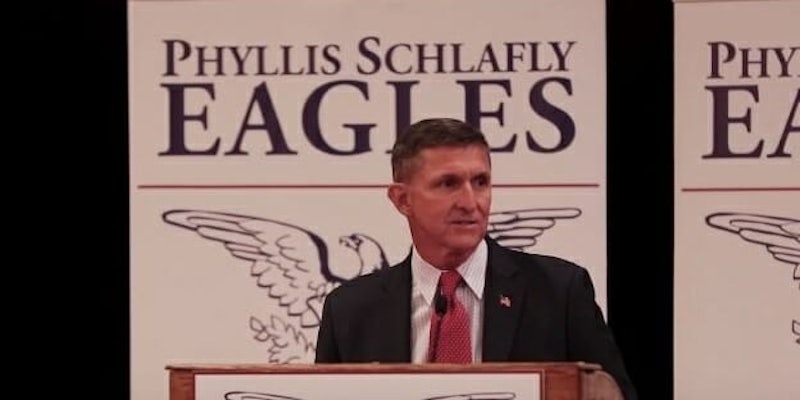 Conservative outlet Gateway Pundit’s Gateway Eagle Council XLVII conference, held last weekend, was an all-star event for those who closely follow the fringe conspiracy peddlers and the anti-establishment meddlers of Twitter’s right-wing. From far-right European leaders to deep state fears, here’s what you need to know about the event.

Former Maricopa County Sheriff Joe Arpaio took to the stage to remind everyone of his obsession with the racially charged smear and conspiracy theory that Barack Obama is was not a natural-born U.S. citizen, that his birth certificate was a forgery and that he had, in fact, been born in Kenya.

For Arpaio, who ran a five-year-long personal investigation into whether Obama’s birth certificate was real, it’s a long-running fixation and bringing it up at the Gateway Pundit conference would, at least, earn him a round of applause.

Arpaio appeared to be in attendance as a minor celebrity. The former sheriff was pardoned by President Donald Trump in August 2017 having been found guilty of criminal contempt in continuing to racially profile Latinos against court orders.

Flynn accepts an award for service to America

Flynn pled guilty to lying to the FBI in January 2017 about his inappropriate contact with Russian officials when serving in the administration. He’s since been chased and charged by special counsel Robert Mueller, who is leading that “witch hunt” investigation into allegations of Russian collusion in the 2016 presidential election, and is set for sentencing this month.

This makes Flynn a true victim of the notorious deep state, the shadowy network of the unelected actively working to undermine the Trump administration.

Flynn is expected to be sentenced early December.

Pundits grab selfies with the leaders of the European far-right

Just last week the nationalist AfD was criticized by German parliamentary members of using the “tactics of fascism” in the scapegoating rhetoric it had employed against migrants and of allusions to Nazi salutes in a recent anti-Islam political broadcast. The party has 94 MPs in the Bundestag, the first nationalist party to sit in Germany since the 1960s and a symbol of rising anti-immigrant populism cheered by the global right.

Polish politician Dominik Tarczyński, of the Law and Justice Party, was also in attendance. His party, again riding the right-wing populist wave, has steadily worked to pass laws that dismantle Poland’s democratic system of government since winning both the presidential and parliamentary elections in 2015.

Project Veritas announces it will expose the deep state

“To some, this deep state is an anonymous, faceless resistance. To others, it is a vast unaccountable government bureaucracy, for some it is an extra-legal state within a state,” O’Keefe said on Thursday.

“Some call it a conspiracy theory. But that conspiracy theory recently took out an op-ed advertisement in the New York Times,” he continued. “Who wrote that piece? I’m sure you’d all love to know that, right?”

Turning Point USA’s Charlie Kirk got an exclusive preview, tweeting that the film will “change the midterms and the entire conversation.”