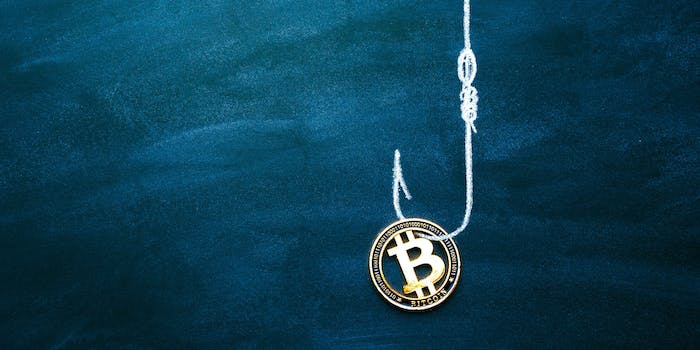 The Federal Trade Commission (FTC) said on Monday that consumers have reported losing more than $80 million to cryptocurrency investment scams since October of last year.

The FTC says the losses are a ten-fold year-over-year increase. The agency said it has received around 7,000 complaints since October, with the median loss per person being reported as $1,900.

“Cryptocurrency enthusiasts congregate online to chat about their shared passion. And with bitcoin’s value soaring in recent months, new investors may be eager to get in on the action,” the FTC wrote in its report. “All of this plays right into the hands of scammers. They blend into the scene with claims that can seem plausible because cryptocurrency is unknown territory for many people.”

In the report released on Monday, the FTC outlined the rise in cryptocurrency scams and how they can take a “variety of forms.” That included, according to the agency, people collectively getting scammed out of more than $2 million by impersonators of Tesla CEO Elon Musk.

“There are ‘giveaway scams,’ supposedly sponsored by celebrities or other known figures in the cryptocurrency space, that promise to immediately multiply the cryptocurrency you send. But, people report that they discovered later that they’d simply sent their crypto directly to a scammer’s wallet,” the FTC report reads.

Musk, a vocal proponent of cryptocurrency, was one of several high-profile accounts that were part of the massive Twitter hack and Bitcoin scam last year. Musk’s account tweeted out an identical Bitcoin scam that was also tweeted by former President Barack Obama, then-presidential candidate Joe Biden, and others.

The FTC said people between 20-49 were much more likely to report losing money to cryptocurrency scams.