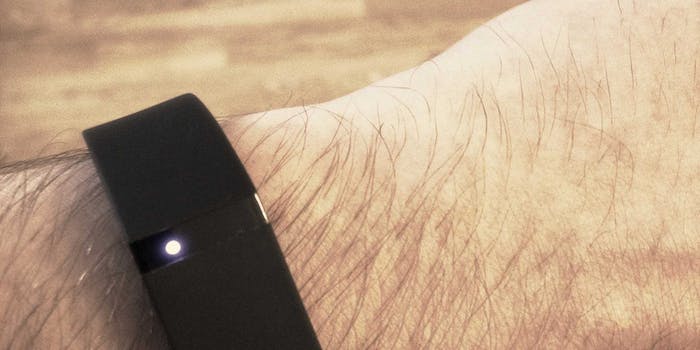 How to make your Fitbit work with your iPhone again

A new app makes Fitbit and Apple play nice, even if they don't want to.

Fitbit users frustrated by the ecosystem’s lack of compatibility with Apple’s Health App in iOS 8 now have an answer in a new app called Sync Solver, which automatically sends user Fitbit data to the Health app, according to Apple Insider.

Apple very recently cut off Fitbit from Healthkit after Fitbit distanced itself with claims it wanted to keep working with various ecosystems. The fact that Apple’s own fitness wearable, the Apple Watch, is coming soon, likely doesn’t help the relationship. Nor does the fact that Apple removed Fitbit devices from its physical stores.

Thankfully, Sync Solver can help Fitbit and iOS users bridge the gap. The 99-cent app supports data like steps, flights climbed, walking and running distances, weight and sleep analysis, among others. Sync Solver gathers data from the entire range of Fitbit products, including step counters and scales, and syncs with a user’s Fitbit account once per day. Sync Solver then uses the HealthKit features of iOS 8 to export the data to Apple’s Health app. Due to the limitations of Fitbit’s developer tools, intraday syncing with Sync Solver is not currently an option.

While it might not be a total solution, it’s honestly a necessary one if Fitbit is going to stay competitive. The new Fitbit bands were recently released, and with the iOS market being what it is, the devices simply need to be able to work with consumers phones (which truly function as the keeper of fitness-tracking data). Fortunately, it looks like developers are eager to solve the problem even if the brands in question aren’t.