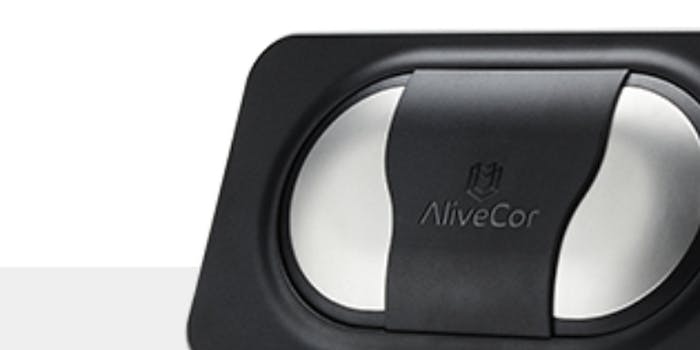 There now really is an app for monitoring your heart health.

The U.S. government is giving the green-light to a new device that wants you to check your heart health as often as you log into Instagram.

The Food and Drug Administration has approved the AliveCor Heart Monitor, a device from San Franscisco, Calif.-based AliveCor, Inc. that attaches to a smartphone and transmits data about an individual’s heart to a free app. The FDA’s decision to sign off on the monitor’s key feature, a computer algorithm that can detect signs of atrial fibrillation through electrocardiogram measurements, clears the way for the device to go on sale.

AliveCor’s monitor is “cleared for use on the Samsung S3/S4/S5, Samsung Note 3, HTC One, iPod Touch 5G, iPhone 4/4s, iPhone 5/5s, iPad Air and iPad Mini,” according to the company’s website.

Prior to AliveCor’s debut, the best way to measure your heart rate using your smartphone was with an app like Azumio’s Instant Heart Rate, which uses your smartphone’s camera to take your pulse. “Your finger changes color slightly as the capillaries inside expand and contract with each heartbeat,” Azumio’s website explains. “Under bright enough light, these color changes are easy to detect with the right algorithm.”

As AliveCor proudly points out, its product is the first to receive FDA approval “to detect a serious heart condition in an ECG on a mobile device.”

The company, which also makes a device for assessing your pet’s heart health, is pairing the new human monitor with a service that connects users to licensed cardiologists who can evaluate the device’s ECG recordings.