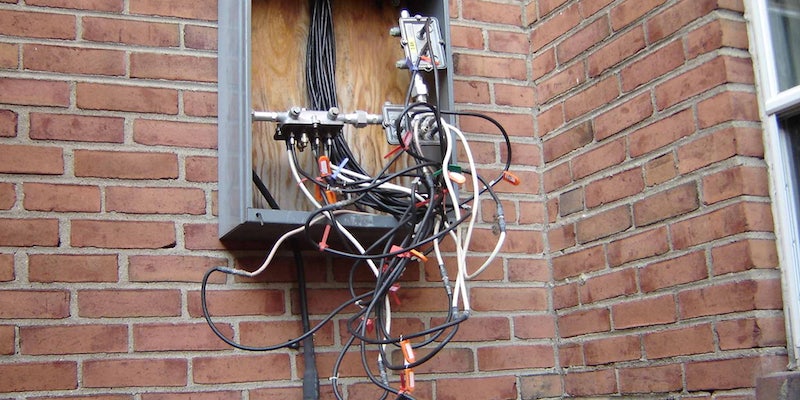 Internet to FCC: ‛Do Not Want’

During a Thursday morning meeting, the Federal Communications Commission (FCC) approved a plan that would allow Internet service providers (ISPs) like Comcast and Verizon to charge online content providers a fee in exchange for faster service to consumers.

FCC Chairman Tom Wheeler insisted in a speech immediately preceding the vote that the principals of net neutrality would effectively remain in place because the Commission would crack down on any ISPs slowing customers’ service to levels below what was agreed upon in contracts between ISPs and consumers.

In other words, ISPs would be able to offer tiered service that speeds up sites that elect to pay them a toll, but not slow down ones that decline to do so.

As such, reaction to the decision on social networking sites like Twitter was immediate, visceral, and almost universally negative.

Can we vote to kill the FCC? RT @HuffPostTech: The FCC votes for a plan to kill net neutrality https://t.co/ArZMQe7I0N

It’s now clear that the biggest threats to the economic future of the US are the NSA and the FCC.

Oh you know, hanging out, hopefully not watching the death of the Internet https://t.co/4gsqS6XKE4

Most of the people here won’t even notice the FCC’s decision until it hits them in the pocket & their fav site gets slow. Too late then.

Slowly, but surely, America is going to kill the Internet. https://t.co/IJyJVeMhxh

This is the correct headline: “FCC Is Moving Forward With Its Horrible Plan for an Internet Fast Lane” https://t.co/sqy20igdng

Of course they did. Saving Net Neutrality would jeopardize their cushy, post-FCC jobs once they’ve left the… https://t.co/zK7rzdEafj

Complaining on Twitter isn’t the only option available to people angry at the FCC’s vote. Starting today, the agency will begin hosting a four-month comment period, during which members of the public can register their opinions about the proposed alterations to Internet governance.

The rules approved this morning by the FCC aren’t final and could theoretically be changed as a result of the information gathered during the public comment period.

Reaction to the comment period was mixed. Some activists urged everyone they knew to write to the FCC and register their displeasure.

Fight for the Future, an open Internet advocacy group that’s been leading the fight to save net neutrality charged that, even though the official public comment period is only now just beginning, the torrent of letters, emails and, phone calls that have deluged the FCC in recent weeks have already made a significant impact.

Internet, you should be proud. This @FCC proposal is still severely lacking, but it’s way better than would have been without #occupythefcc

The group still insisted that further effort is necessary because the only way to truly protect net neutrality is to classify ISPs as ?common carriers” under Title II of the Telecommunications Act—meaning they would be legally barred from any form of discrimination based on content, among other things.

Make no mistake, the @FCC proposal that passed just moments ago does not ensure #realnetneutrality. Title II reclassification, nothing less.

Some people, on the other hand, were a good bit more cynical about the efficacy of the entire public comment process.

The #FCC is taking “comments” about net neutrality. Otherwise known as letting people vent and then simply ignoring them.

If you’d like to submit a comment to the FCC regarding net neutrality, you can do so here.