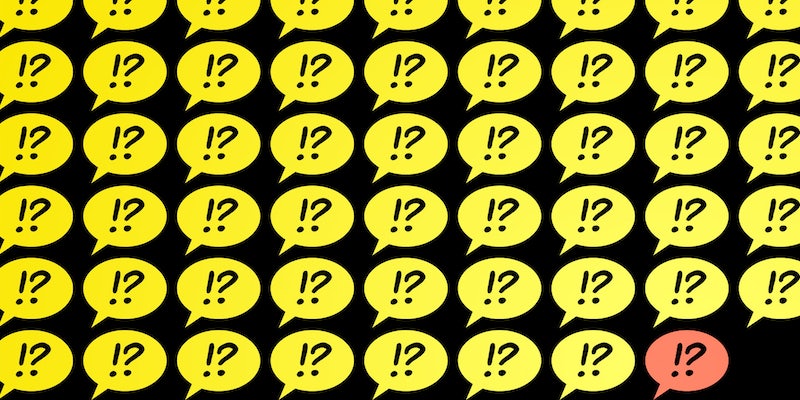 Can we finally stop calling it a niche issue?

This should put to rest any idea that net neutrality is too boring a topic to rile up Americans.

As of Thursday, the Federal Communications Commission (FCC) had received 1 million official comments about whether to allow Internet providers to divide their services into fast and slow lanes, where it costs more to access certain sites at full speed.

That figure includes both comments submitted through the FCC’s website, as well comments sent via email, according to the FCC.

Though no one has yet examined all the comments, it’s safe to assume the majority are aimed at protecting net neutrality, and keeping the Internet from being divided. An earlier, unscientific count by the Daily Dot found pro-net neutrality comments outnumbered opponents by 100 to 1.

In the past, millions of people have signed petitions and millions more have called the FCC to preserve an open Internet, while those who oppose it mostly seem confined to Internet providers and a handful of politicians who receive lobbying money from that industry.

The response to the FCC’s net neutrality proposal is not yet the biggest response of any kind the FCC has ever received. Janet Jackson’s briefly uncovered nipple during her half halftime act in Super Bowl XXXVIII netted 1.4 million comments, and a 2003 media ownership proceeding reportedly got more than 2 million notes, many of them physical letters.

But that was outraged citizens, not an informed, thoughtful (well, sometimes) citizenry actually registering complaints about a rules proceeding. In terms of formally registering their comments in accordance with FCC procedure, net neutrality activists are already the loudest group in the FCC’s history. They also hold the distinction of submitting the most comments online, rather than writing angry postcards.

“It’s certainly the most digitally commented on [issue in FCC history],” Gigi Sohn, Special Counsel for External Affairs for the FCC, told the Daily Dot.

It also stands a strong chance of breaking each of those other records, though. With their online infrastructure creaking under all that pressure, the FCC decided to extend its public comment phase until Friday. Not that the deadline is actually near: at that point, the agency will simply start taking “reply comments”—for practical purposes, the exact same thing, Sohn said—until Sept. 10.