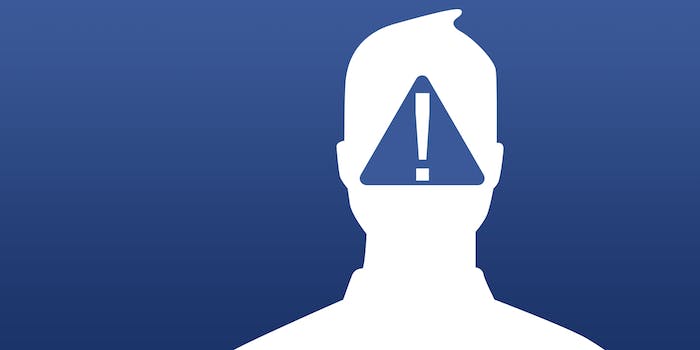 Oh uh, hey... are you sure you want everyone to see that? Love, Facebook.

Facebook is testing a reminder campaign that alerts users when they’re posting publicly in order to protect their privacy. Users who’ve seen the reminder say their settings were set to public when they were prompted to double check who they’re sharing information with.

The post informs the user that he is posting publicly and provides options for lists to choose from that allow select people to view the information—like friends, acquaintances, or close friends.

The post reads, “Hi [name]—Sorry to interrupt. You haven’t changed who can see your posts lately, so we just wanted to make sure you’re sharing this post with the right audience. (Your current setting is Public, though you can change this whenever you post.)”

“We frequently test new ways to help ensure people are sharing with who they want to on Facebook,” a Facebook PR representative told the Daily Dot.

The campaign started a few weeks ago, but remains in a testing phase, so you may or may not see it, and Facebook might ultimately axe it.

The Facebook rep reminds us that there’s no change to its privacy policies or features, although there was a recent update to photo-sharing that allows users to send pictures to individuals.

Of course, the reminder is just that: a reminder. If you want to post publicly, you’re more than welcome to do so. But it’s nice to have a little nudge indicating that everyone’s about to see the spring break swim suit pics you’re posting, so maybe go ahead and toggle that one to “Friends.” Or don’t, maybe you want the attention, I don’t know your life.

Whatever the case, this is one of the nicest things Facebook has ever done. Now if it could just develop a system that can analyze and project the future embarrassment level of things we post, we’ll be all set.