Facebook just turned Messenger into much more than a chat app

At F8, Facebook announced Messenger is now its own platform.

Facebook has big plans for Messenger. The chat app isn’t just going to be a quick way to hit up your friends, it’s going to be a comprehensive platform that lets you do… almost anything. Send stickers, GIFs, check shipments, chat with businesses, and the list goes on.

“We are giving people more tools for expression,” Zuckerberg said, right before he demonstrated a GIF created by JibJab, one of the apps that will be featured on Facebook’s new Messenger Platform.

To access the new applications that are built for Messenger, Facebook will provide an expanded menu in Messenger that takes you to a list of available applications and links you to the download page directly in the App Store. 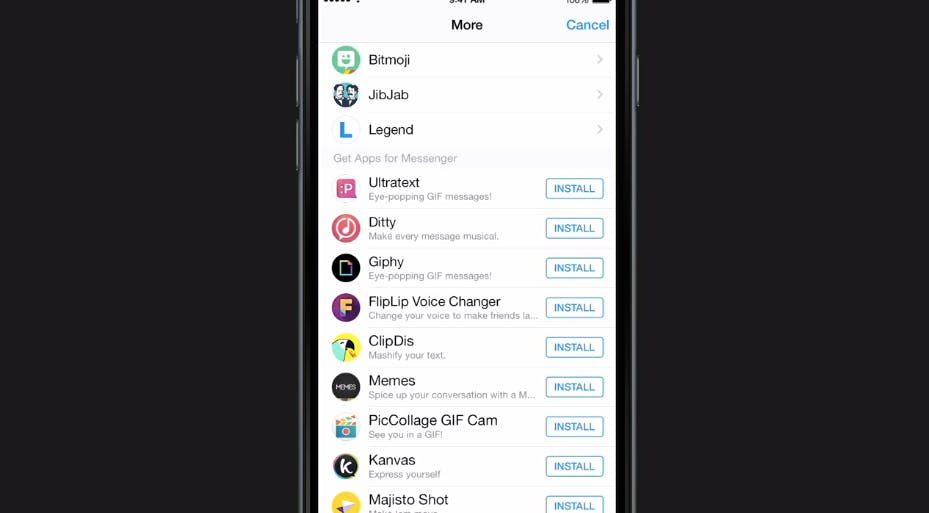 Developers are clearly excited about this new integration, as cheers were heard around the conference center when Mark Zuckerberg announced Messenger Platform. Over 40 apps will be available today or in the coming days for Messenger. Developers interested in integrating the SDK into their apps can check out messenger.com/platform.

Facebook’s Messenger pivot comes as no surprise. It’s joining the ranks of messaging apps Line and WeChat, two services wildly popular with people who want to send messages that are more than just messages.

The company also recently announced a new payments feature that competes with Venmo and Square Cash to send money to friends via a debit card. And to connect with businesses even further, Zuckerberg also announced Messenger Business, a way for consumers to communicate with businesses without needing to email or call them. 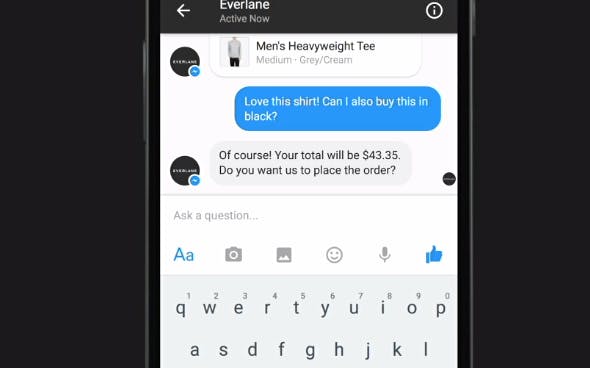 Messenger will let you change your order, find out when it’s shipping, get updates real-time of when your package is shipping, and receive shipping confirmations.

When Messenger originally broke away from Facebook, users were outraged at the idea of downloading yet another app. But Facebook’s slow evolution of Messenger is underscoring the company’s push to “connect the world” in every way people might communicate. As long as were doing it using a Facebook app, of course.