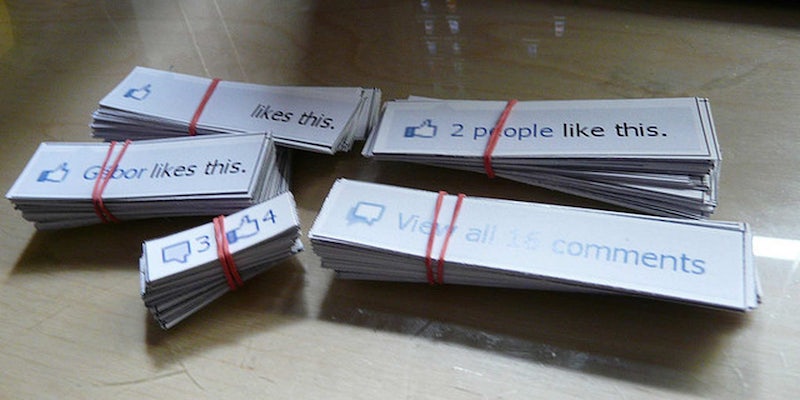 Facebook is continuing the global roll-out of a feature it debuted last year: if you look through a Facebook friend’s information and see something missing, like a phone number or email address, you’re now prompted to ask that friend to give you this information. The friend is then sent a message asking to provide these personal details.

If you’re the information-requester, Facebook will straight-up tell you to ask for the withheld information when you’re looking at a friend’s profile:

People who follow through on this prompt will pull up a text box, where they’ll supply a reason for wanting to see the extra information: 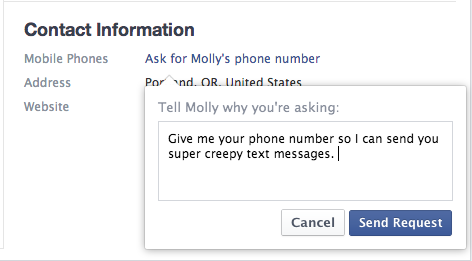 The person receiving the request will see it immediately on their account:

The person whose information you requested will have the option of sharing the information just with you, or putting it up on Facebook: 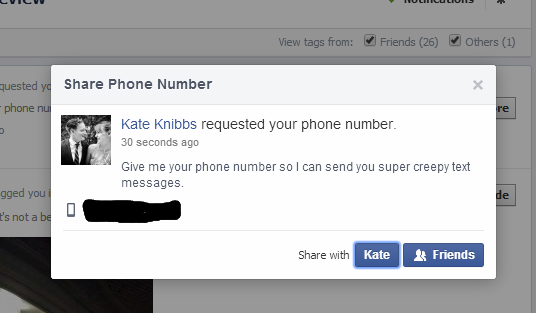 If the person obliges, they will fill in their information, and you’ll get a notification:

This feature corresponds with Facebook’s goal to get users to make more of their personal information available. On the surface, it seems like a fairly benign way to ask a friend for information, and that’s what Facebook is framing it as. “This feature provides an easy way for friends to ask you for information that’s not already on your profile,” a Facebook spokesperson told the Daily Dot in an email.

“For example, a friend could ask where you work or for your email address. You can either choose to answer or ignore.  If you answer, you can choose to share with only that specific friend or all friends.”

So users can ignore their friends’ requests, but the Facebook spokesperson confirmed that there is currently no opt-out for receiving requests like these in the first place. Additionally, there’s no cap on how many requests one person can make to another person, nor how frequently they can make them, so if your nosy aunt Camille just doesn’t understand that you don’t want to give her your phone number, prepare for an onslaught of requests.

ReadWrite characterized this feature change as “more like an attempt to alter users’ behavior than to cater to it,” and that assessment is dead-on. There is no problem being fixed by the introduction of this feature. If someone wanted additional information from someone else that they weren’t sharing on their profile, it was never difficult to simply message them and ask. It’s not introducing a more convenient way to ask for this information; it takes the same amount of effort to type why you want the information into the prompt box as it is to simply send a message, which is more personal-feeling and less formal anyway.

This feature does not make things easier for users. It makes things easier for Facebook, though, since the company is essentially prodding users to ask for the information it wants — and then guilting other users into sharing information they clearly didn’t want to share that much to begin with — otherwise they would’ve shared it already. This feature, at best, assumes that Facebook users are oblivious to what they’re sharing. At worst, it assumes it can manipulate Facebook users into sharing information they previously chose not to.

Like the introduction of hashtags, this is a scenario where Facebook thought about how it would like to change the way people used the service, and then came up with a feature to try to prompt them to change their behavior. Like hashtags, this probably isn’t going to work.