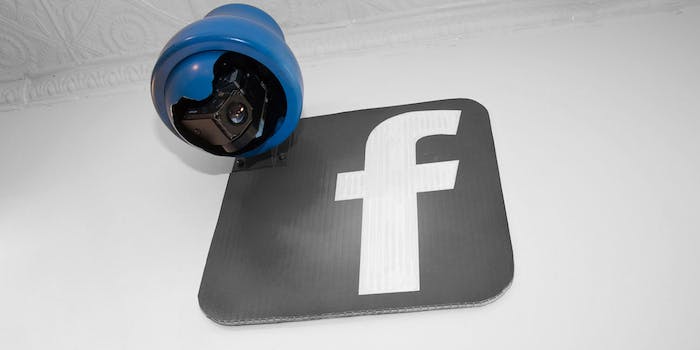 For years, Facebook has been analyzing the information you post to the service to sell targeted ads. Now the company is expanding that practice, unveiling a new ad network that will allow marketers to buy targeted ads will using data gleaned from Facebook users and place them across the Web.

The world’s largest social network introduced Atlas last night, the rebuilt ad platform Facebook purchased from Microsoft last year. Facebook says it rebuilt Atlas to operate on “people-based marketing,” a innocuous term that essentially means it will sell ads based on your information.

In a blog post announcing the ad network, Head of Atlas Erik Johnson takes a shot at cookies, currently the most popular way to track people around the Internet.

“Cookies don’t work on mobile, are becoming less accurate in demographic targeting and can’t easily or accurately measure the customer purchase funnel across browsers and devices or into the offline world. People-based marketing solves these problems,” Johnson wrote.

Johnson believes Atlas will remedy those issues, saying the service can “easily solve the cross-device problem through targeting, serving, and measuring across devices.” This means Atlas will be able to track your habits if you switch from your smartphone to your desktop, presumably unlike other ad networks.

When it comes to your personal information, Facebook told Business Insider the ads will have “some basic facts about you,” but your identity will remain anonymous to marketers and publishers. Facebook subsidiary Instagram will be one of the first companies to utilize Atlas.

As with most advertising on the Internet, it’s creepy when you think about it. But that’s the price we pay to use the Internet, at least until someone comes up with something better.