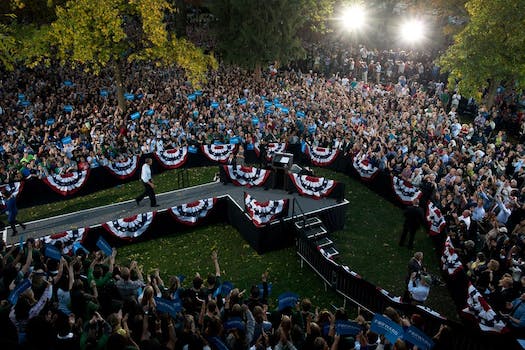 From New Hampshire to Nevada, these accounts will keep you updated on the latest election news.

After months of campaigning, what seemed like an endless primary season, and prolonged general, it’s finally here. It’s Election Day.

By now, if you are a normal, functioning human, you are likely sick and tired of this election. But if you want just one more day of campaign rhetoric, political news, and tweets, then this is the Twitter guide for you. Below, we break down the must-follow Twitter accounts for Election Day, with a focus on the swing states, where the race really matters.

New Hampshire: Election Day gets an early start in tiny Dixville Notch, where 10 voters at the Balsams Grand Resort and Hotel get to cast their ballots at 12 am in a quirky Granite State tradition. You can follow @The_Balsams on Twitter for the earliest results. Also, for up-to-date news of what’s going on in the New Hampshire race, follow the @UnionLeader and @ConMonitorNews.

Virginia: Down in the Commonwealth of Virginia, the State Board of Elections’ Twitter account (@VirginiaSBE) will be a good source of information in this hotly contested battleground state. The page is also pushing the hashtag #VAvotes. A great newspaper to follow for up-to-date information will be the Richmond Times-Dispatch at @RTDnews.

North Carolina: Just south of Virginia is another toss-up state. Two political Twitter accounts worth following are @TheVoterUpdate and @NCVoterGuide. Also for a rundown of the race in North Carolina, keep an eye on @NewsObserver, based in Raleigh.

Florida: For the sake of our sanity, let’s hope there are no “hanging chads” this time around. But if there are, you can be sure that these news sites will be keeping Twitter abreast of what’s going on, including @MiamiHerald, @TB_Times, and @OrlandoSentinel.

Ohio: Moving west, we come to Ohio. Overseeing the election there is Secretary of State Jon Husted, who can be followed at @JonHusted. Also, check out these papers to stay up-to-date, including the @Cdispatch, @Clevelanddotcom, and @ToledoNews.

Iowa: In the cornfields of Iowa, there are two must-follow Twitter accounts for information on the race there. Check out the Des Moines Register‘s coverage at @DMRegister and @DMRCaucus. And, if you’re looking for some expert analysis, check out @UIowaPolitics.

Colorado: From the flatlands to the mountains, Colorado is playing a big role in this year’s race. Heading up the state election is Secretary of State Scott Gessler, who can be followed at @ColoSecofState. Also, be sure to follow Colorado’s biggest paper, the @DenverPost.

Nevada: If there is a state that could keep America up late, it’s Nevada, the furthest west of all of the swing states. You can follow Secretary of State @RossJMiller and newspapers like the @LasVegasSun and @RGJ.