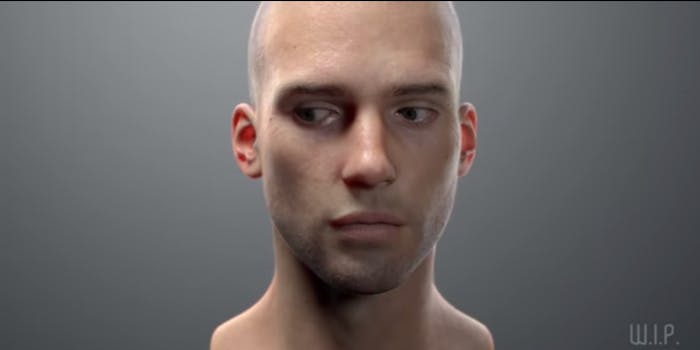 Watch out for that screen when you try to reach out and touch him.

But Ed isn’t a person.

Rather, “Ed” is little more than a computer graphic, created with programs Lightwave, Sculptris, and Krita. In a YouTube video by Chris Jones, the frighteningly realistic Ed comes to life before our very eyes, appearing surprised once it is revealed that he isn’t a real human being.

Technology has come very, very far when it comes to the recreation of humanistic features.

Compare Ed to Max Headroom, the semi-computer-generated character from the 1980s TV program of the same name.