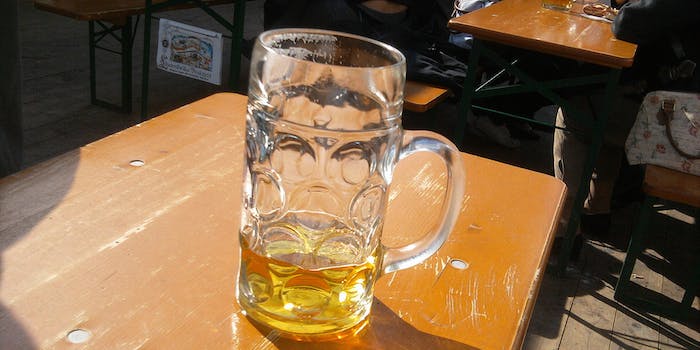 Or alternatively, it'll make all your texts seem like they were written by your mom.

With the exception of getting a text from your mom reminding you to file your tax returns, there’s nothing more annoying than getting a text from a drunk person while you’re sober. It’s like seeing on Facebook that all of your friends are attending a party that you can’t make it to: Evidence that someone is having a lot of fun somewhere, but it sure as hell ain’t you.

Now, there’s a way to level the playing field by making your inebriated friends think you’re in your cups as well. Introducing the Drunk Post Translator, a site that takes your sober, eloquent, totally coherent texts and turns them into sloppy, error-riddled, profanity-laden drunk ones.

All you have to do is enter your text into the field, select one of four filters—”Tipsy,” “Drunk,” “Very Drunk,” and “Smashed”—and watch your texts be translated into tequila-fueled jibber-jabber. 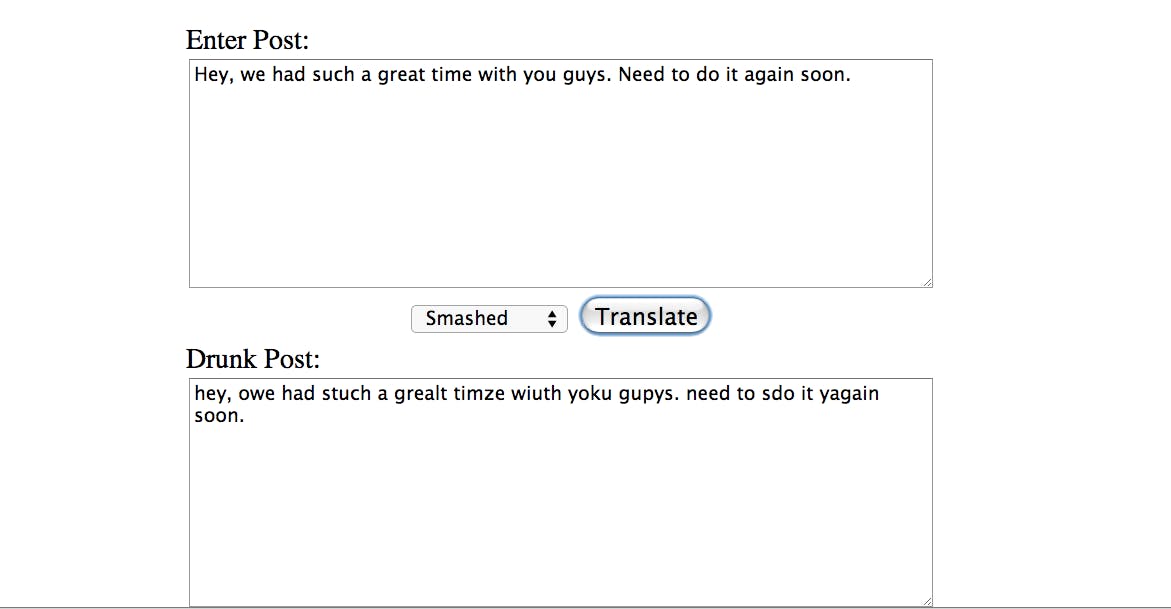 It looks a little bit more like a racist’s conception of the Dutch language than a drunk text (or “drext” for short), but you get the idea.

At this point, you might be wondering what, exactly, the utility of the Drunk Post Translator is. After all, unless you’re a 14-year-old desperately trying to impress his friends with how much of his dad’s Fernet Branca he can steal, there’s really little use in making your texts seem drunker and less coherent than you actually are.

Brian Anderson at Motherboard came up with a few scenarios where the Drunk Post Translator could possibly come in handy. For instance, it could prove useful if you’re trying to get out of a social obligation you don’t want to attend, by faking being totally waste-o: 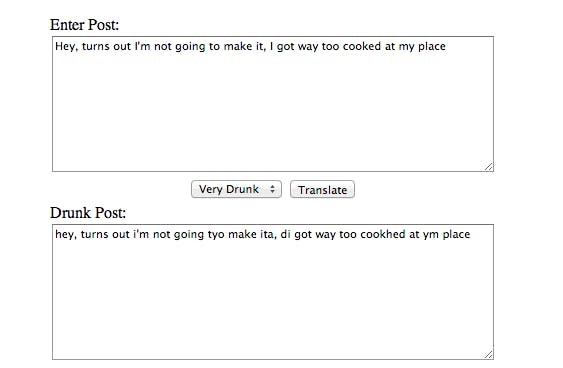 But from what I can tell, the purpose of the Drunk Post Translator seems to be to translate notable historical speeches into garbled nonsense. Let’s see, for instance, what it would have been like if Lincoln had delivered his Gettysburg Address after throwing back a few shots of Grey Goose (or mead, or whatever the mid-nineteenth-century equivalent of Grey Goose was):

The Drunk Post Translator: Ruining both the English language and American history at the same time.