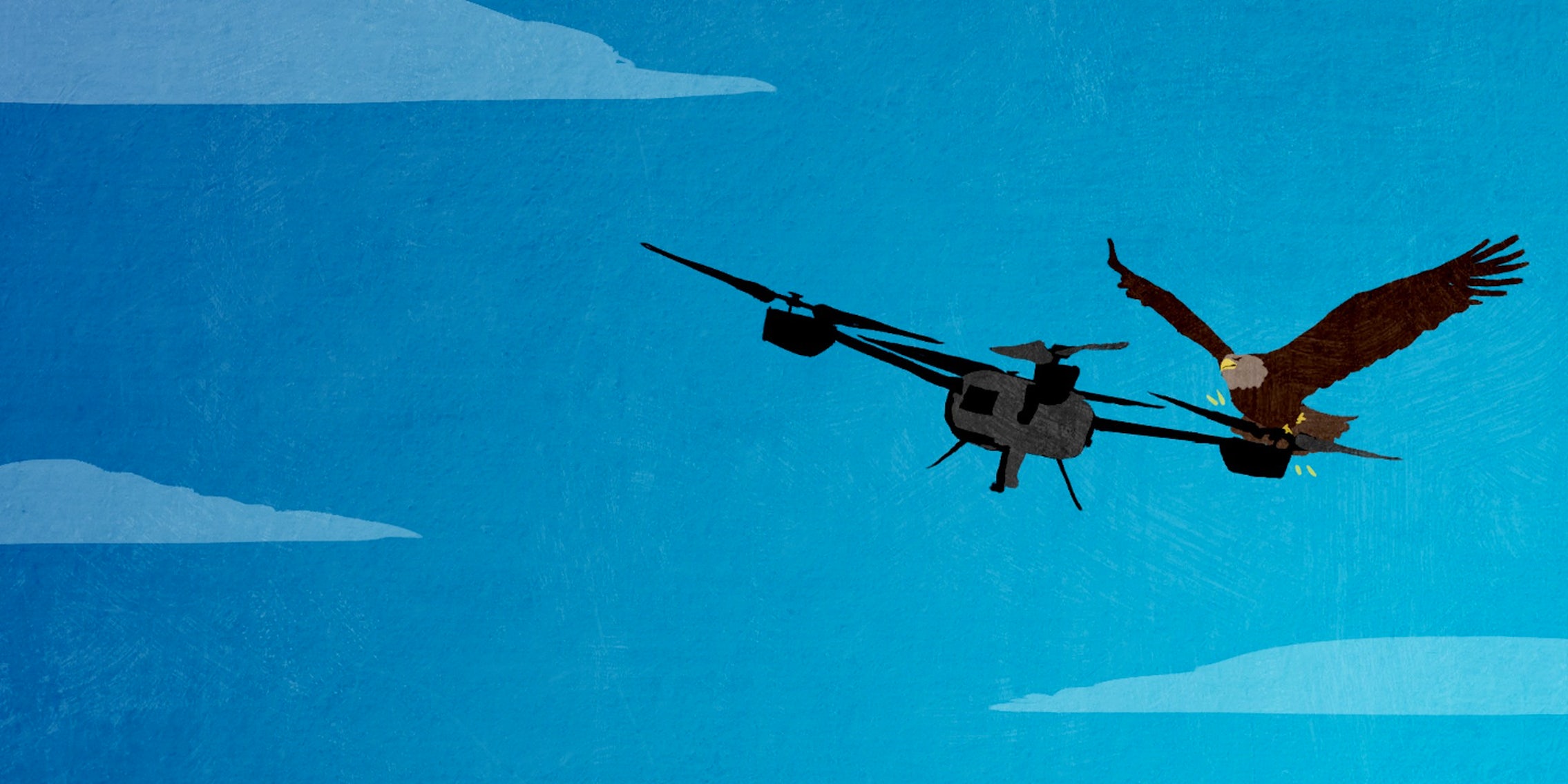 Know before you fly.

So you’ve decided to buy your first unmanned aerial vehicle. You’re in good company. There’s no better time to jump on the drone bandwagon; UAVs are cheaper, more advanced, and more varied in model and design than ever.

The Federal Aviation Administration predicted that sales of drones will jump from 2.5 million this year to 7 million by 2020. Ask any devoted drone owner, and they’ll surely talk your ear off about the last time they took their UAV for a joyride.

But new drone owners may find the skies to be less than friendly. Your $300 drone could meet an unceremonious end after colliding with another aircraft, a building, or even some large birds of prey. As more and more drones take to the sky, more states, cities, and communities are imposing “No Drone Zones.” Unsuspecting drone owners can be fined or even arrested in some areas for unauthorized flying.

“There’s still some apprehension and anxiety about flying these devices in our community,” said Rich Hanson—a government and regulatory affairs representative at the Academy of Model Aeronautics—in an interview with the Daily Dot. The AMA advocates for the rights of drone hobbyists and other recreational users before Congress and the FAA and provides drone safety education.

So it’s important to get familiar with your device and its manual. “A lot of people just go out in their backyard and turn on their drone and want to fly without understanding the different settings,” Harrison Wolf, president of drone safety consulting company Wolf UAS, told the Daily Dot.

By following some common sense advice, recreational UAV owners can avoid many an ill-fated flight. Getting familiar with KnowBeforeYouFly, a drone safety website for recreational users backed by both the drone industry and the Federal Aviation Administration, is a must.

Here are some basic safety tips for new drone owners:

1) Register your new drone with the FAA

It’s a hassle, but it’s the rule. Since February 2016, all new owners of a drone weighing more than .55 grams and less than 55 pounds must register with the FAA’s new Unmanned Aircraft Registration system. The process is painless and all online. Registration costs $5, but it applies to an unlimited number of drones and is valid for three years. You’ll receive a personal drone registration number in the mail, which you’ll use to mark all your drones.

The FAA won’t make your name or address public, even in light of a Freedom of Information Act request. Only your city, state, and ZIP code will appear in its searchable database of registered UAV owners.

Note, if you’re the owner of a bigger drone, you’ll have to use the FAA’s paper-based system.

Any national or state park. The White House. Camp David. Monterey Bay. Don’t these all sound like incredible places to take your drone? Sadly, you’re wrong. Don’t be the poor Virginia man who got slapped with a fine earlier this summer for flying his drone near the National Mall. Or the guy who drunkenly crashed his UAV on the White House lawn.

The National Park Service has a drone ban in place, so national parks and monuments are a no-go for your drone. This ban also applies to the many seashores and other sites run by NPS, according to the Los Angeles Times. This could change soon, though, NPS is scheduled to release a final rule on drones sometime this summer.

Other public areas have temporary drone restrictions that have been in place for so long that they may as well be permanent, according to the FAA, such as Disney World and Disneyland. Drones are also frequently banned from large public events, such as the Super Bowl or presidential visits.

While the FAA has the ultimate authority over drones, it’s smart to consult the laws in your state so you can avoid a less-than-fun confrontation with law enforcement. If a police officer does inquire about your drone, show them your drone’s FAA registration number and always remain polite.

“Your average drone owner doesn’t want to cause problems. He or she wants to fly safely and have fun. Your law enforcement wants to keep everyone safe,” Wolf said. Which is why knowing ahead of time what’s legal and what’s not can go a long way.

Many other states are weighing drone legislation. If you want to check the status of your state’s drone bills, check out this interactive map by AUVSI Advocacy.

5) Find all the drone-safe areas in your city 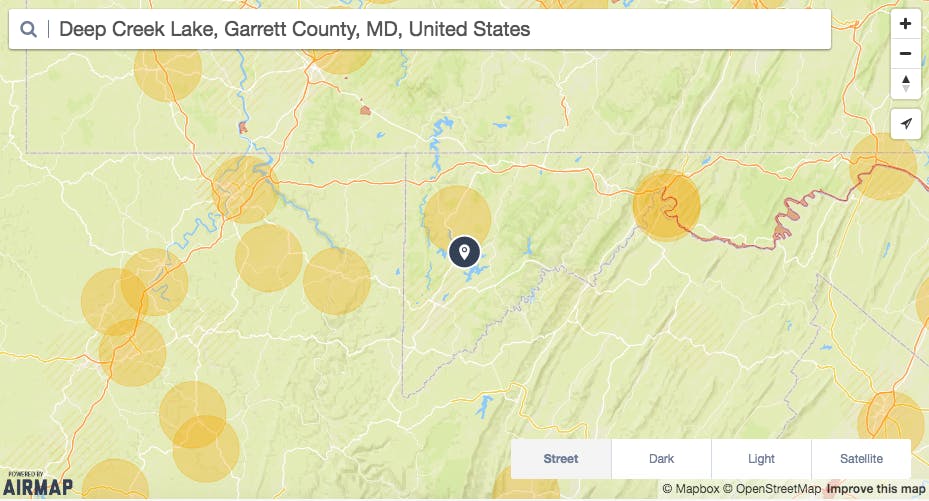 It may seem like there are fewer places to legally fly your drone than not. Before heading off to fly in a new area, drone owners should stay abreast of any flight restrictions by either downloading the B4UFly app or checking the U.S. Air Space Map . 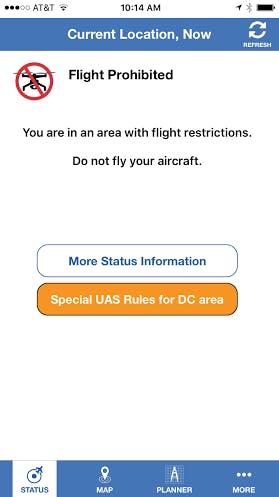 Both maps will show you nearby NOAA sanctuaries, national parks, airports, and other areas that have temporary or permanent drone restrictions in place.

6) Pay attention when you fly

Wolf says the most common way people crash their drones is by getting distracted while flying.

“People start talking to them, or they start to do something cool. They’ll get tunnel vision,” said Wolf.

Unfortunately, not paying attention can sometimes result in a fatal collision. So stay vigilant when flying your UAV.

New drone users should practice flying their drone without the assistance of GPS technology. Why? If your GPS fails while you’re flying, you could lose control of your aircraft. Drones have been known to “escape” or “go rogue” due to GPS malfunctions, software glitches, or losing connection to controllers, according to the Wall Street Journal.

“People don’t realize that technology can fail, and they need to be able to terminate their device if it does,” said Hanson. While your UAV’s manual mode will likely be too difficult, work on transitioning to your device’s “Attitude” mode, which will give you more control but with a few restrictions.

Your drone’s attitude mode will require you to add corrected measures to keep your drone at a certain point in the sky. Most systems in this mode won’t allow you to turn more than a 45-degree angle. “The nice thing about this mode is that if you get a bit disoriented, you can release the sticks and the multirotor would return to flying flat and level,” writes Rotor Drone Magazine.

Birds are more likely to harm your drone than the other way around. If your drone is less than 55 pounds and has no exposed blades, there’s little chance it will harm birds. As the Audobon Society notes:

“For now at least, the filmic evidence reveals that when it comes to fighting off 55 pound drones, birds still have the upper hand—or wing, beak, and talon.”

As noted above in Ask Drone U, there’s a simple method to avoid colliding with a bird mid-flight: Turn off your drone’s vision positioning system, or VPS. “Animals hear different frequencies than humans do,” Paul Alexander noted. Since birds communicate using sonar, your drone’s VPS could be interpreted by other territorial birds as a sign that it’s moving on their territory. So shut off that VPS, and avoid making your drone the subject of an “Angry birds attacking drone” video compilation on YouTube.

Correction 11:37am CT: An early version of this story misstated the number of states with drone laws on the books. The current tally is more than 30, not more than 20.