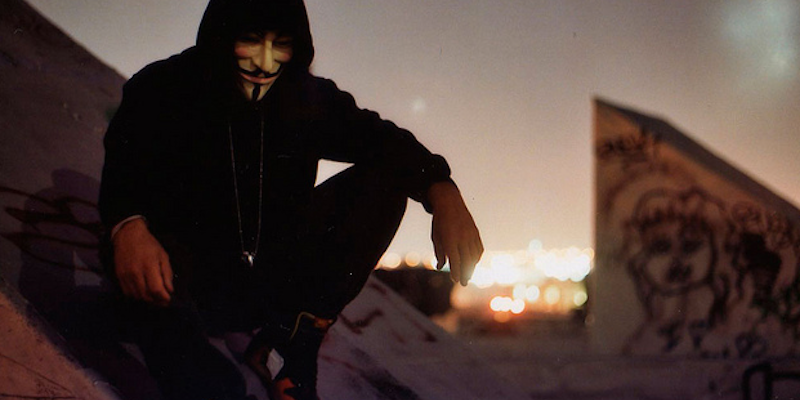 Our rights to speak and assemble in the mobile world are under assault by bureaucrats and businessmen.

For a decade, more or less, wireless data has been marketed as synonymous with freedom. I still remember the old Sprint commercials where an X-Files-ish dude in a trenchcoat urged wired-in Internet addicts to unjack and experience sunshine, thanks to that carrier’s Wireless Web.

I actually bought that phone, a NeoPoint NP 1000. It had Yahoo, which was a plus in 1999. It was the iPhone of its day. I felt so superior to those clods with Motorola StarTacs, which just made phone calls.

Now Google is buying Motorola, ostensibly to defend its Android mobile operating system from patent lawsuits, but really to get more control over its mobile customers’ experience.

While others debate what this means for the industry, I figure Microsoft and Apple will get along okay without me and my clever opinions. Instead, I worry: What does this mean for that old notion of wireless freedom?

Not far from Google’s headquarters, we got a disturbing hint last week.

In response to the merest threat of a protest, BART, a San Francisco Bay Area transit agency known for its erratic operational history and generally bad attitude towards the public it ostensibly serves, turned off cell-phone service in its tunnels to deter organizers from text-messaging their plans.

The idea, according to the Bay Citizen, came from the unlikeliest of sources: BART’s chief communications officer, Linton Johnson, a former TV reporter.

It’s hard to imagine a PR guy who’s worse at his job. Local media executive Phil Bronstein is all but calling for Johnson to be fired.

Far from tamping down criticism, the cell-phone shutdown sparked a website hack and in-station protests by Anonymous, a distributed hacker collective which has previously targeted everyone from the Church of Scientology to PayPal.

“This is one where we can almost stay we’re stuck on stupid,” said BART director Lynette Sweet, a critic of the shutdown and a member of the board to whom Johnson theoretically reports. “We put ourselves on the radar screen for no good reason. This is a country that champions civil liberties all the time. So why would a transit agency take it upon themselves to trample on civil liberties?”

Johnson then dug himself and his employer deeper, arguing that BART patrons aren’t entitled to the free-speech protections he enjoyed as a journalist. In a statement citing the U.S. and California Constitutions, BART claimed that it has the right to forbid “expressive activities” past its fare gates.

As the Electronic Frontier Foundation, a cyber-rights organization, put it, “What does that mean? We can’t talk?”

Funny. I checked the California Constitution. Here’s what it actually says:

“Every person may freely speak, write and publish his or her sentiments on all subjects, being responsible for the abuse of this right. A law may not restrain or abridge liberty of speech or press…. The people have the right to instruct their representatives, petition government for redress of grievances, and assemble freely to consult for the common good.“

In other words, if you want to text your fellow citizens to gather in a station and consult for the common good, then petty bureaucratic wannabe dictators don’t get to tell you you can’t. As long as you’re not breaking the law, you can speak all you want.

While we’re citing laws and precedents, there happens to be a pretty specific case about free speech in train stations in California that BART’s lawyers may want to brief their chief spokesman on.

The only lawbreaker I see here? BART’s Linton Johnson and his colleagues. Maybe they should have the right to remain silent.

BART protesters have compared the transit agency to deposed Egyptian dictator Hosni Mubarak, who tried to save himself by turning off the country’s Internet. That didn’t deter his people from claiming their freedom.

And after Muammar Qaddafi yanked Libya offline, rebels in Cyrenaica, that country’s eastern region, set up their own wireless network with cheap, off-the-shelf equipment.

Rather than rely on BART’s fickle network and legally ignorant officials, we should do something similar in San Francisco. If only there were some tech-savvy people in this town.

Speaking of being stuck on stupid: British authorities seem to be wising up after toying with the idea of similar Internet censorship.

What caused them to wise up: the realization that it’s better to monitor transmissions in real time rather than block them. Police officers say they were able to stop riots by tracking text messages.

That may disturb our notions of privacy, certainly. But given a choice between the two, I’d rather preserve the sacred right of public free speech. Let the government listen to people! It would be a refreshing change.

These flirtations with wireless censorship are a sobering reminder, though. And they bring me back to Google and Motorola.

Google used to be a champion of Internet freedom, until it got into the mobile-phone business.

In a fit of piety, Google pulled out of China last year, lest it be compelled to censor its search results. Well, with the purchase of Motorola, it will soon be back in the Forbidden Kingdom. What compromises will it make so it can sell Android smartphones there?

As free as we feel when we’re roaming wirelessly, there’s a disconnect. Someone at the other end is receiving our signals. And whoever controls the cell towers in between controls our connections. The software of civil society, the metaphorical operating system of liberties which undergirds it, are vulnerable to whoever’s got the actual hardware.

The vaunted cloud is just a bunch of servers, as vulnerable as any physical possession to search and seizure. The Internet’s pipes are just another point of control. Our only hope is to make sure that the people we’ve put in charge of our smartphones—bureaucrats or businessmen—aren’t stuck on stupid.