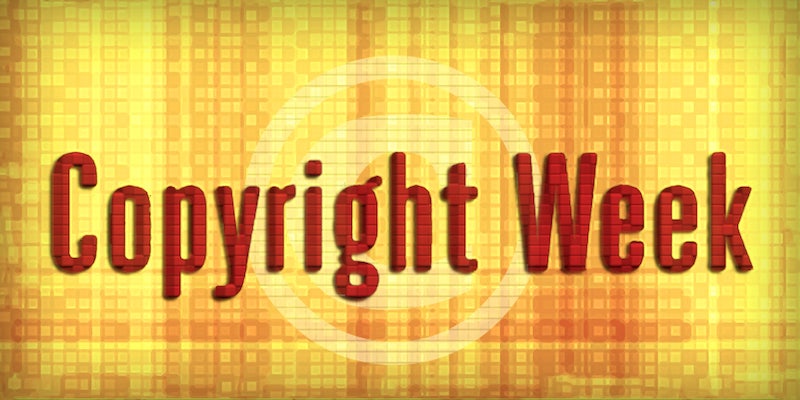 Everything you need to know about Copyright Week

Each day of this week will be devoted to a different reason Internet activists want to defeat the Trans-Pacific Partnership.

To the many who view themselves as netizens, citizens of the Internet, the loss of Aaron Swartz was a devastating moment in history. One year after his death, the memory of the 26-year-old activist is galvanizing the efforts of organizers who share his passion for the freedom of information.

For the next month, activists with “The Day We Fight Back” movement will coordinate a massive protest movement against suspicionless online surveillance by the U.S. National Security Agency. The Electronic Frontier Foundation, in affiliation with other organizations, has declared the week of January 13 Copyright Week, an event that aims to both inform the public and call them to action.

Each day of Copyright Week focuses on a different principle, which the activists hope will draw sustained attention towards the need for improved copyright laws:

Organizations that support flexible copyright laws and the “cultural commons” will play a key role in promoting Copyright Week. The EFF told the Daily Dot to expect the not-for-profit Creative Commons to provide public lessons on the tools, policies, and practices of supporting the public domain.

Wikicommons, an online repository of copyright free photos, videos, and sound files, will also provide lessons on the value of unrestricted access to peer-reviewed scholarly research. An in-depth discussion about how authors can publish their works through Open Access (OA) is expected to take place.

While the timing of Copyright Week is no doubt intended to coincide with the anniversary of Swartz’s death, it’s also being launched as activists are scrambling to rally the public (and the U.S. Congress) against the controversial Trans-Pacific Partnership.

Other organizations taking part in Copyright Week include the Association of Research Libraries, the Center for Democracy and Technology, and Reuse Alliance.