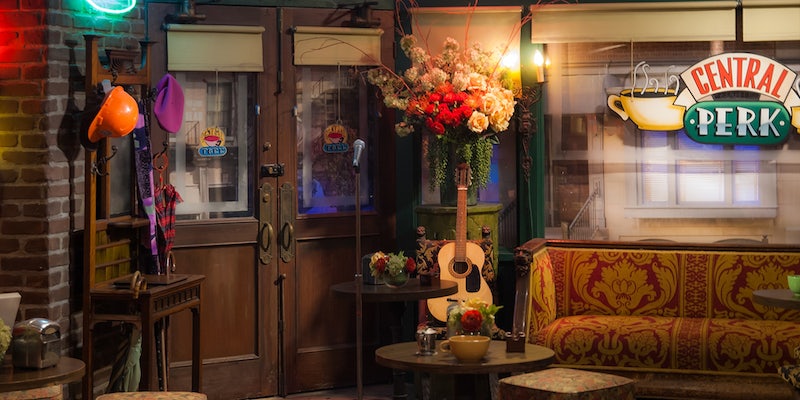 Humankind will never give up its quest to continue the hugely popular ’90s sitcom Friends. Even if that means turning to machines for new episodes.

i fed a recurrent neural network with the scripts for every episode of friends and it learned to generate new scenes pic.twitter.com/RIPvYuzEJM

The program edges on incoherence, but contains its own odd and often cringeworthy sense of humor.

Phoebe: No! I would like to propose to my kid.

In three lines the computer has presumably gotten brother and sister to kiss and Phoebe to confess her wish to marry one of her kids, which, if you remember, are also her brother’s kids. While this may not be a far cry from today’s TV it’s not exactly what you might remember from Friends.

Still, the generated scripts do show a touch of creators David Crane and Marta Kauffman:

Phoebe: “maybe you need a pizza.”

The quick back and forth and reference to pizza bring back memories of the camera changing between the six stars sitting at the Central Perk. But if Pandy’s script-generating program is evidence of anything it is that we are far from replacing humans with artificial intelligence. That is, until the program can come up with something a little better than “Chicken Bob” and “Happy Gandolf.”

But this is not the only Friends-creating neural network. In 2014 Tom Armitage used just the first season to try and mimic the personalities from the show. Screenwriters: Breath a sigh of relief.