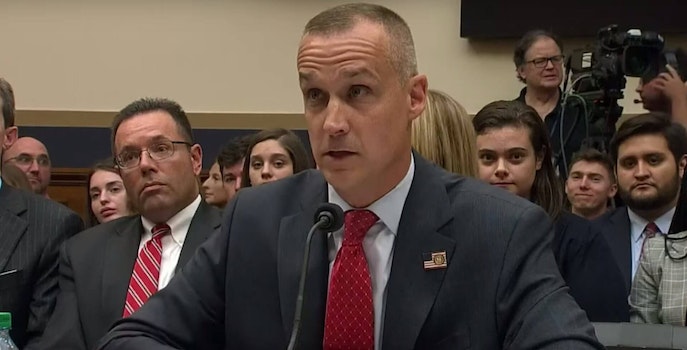 Yesterday, President Donald Trump’s former campaign manager Corey Lewandowski was called out for lying to the media during his testimony in the House Judiciary Committee’s impeachment inquiry. CNN reacted by inviting him on New Day With Alisyn Camerota and John Berman this morning.

People were not impressed.

Lewandowski’s combative congressional testimony featured several viral moments, such as when he accused Rep. Jamie Raskin (D-Md.) of revealing to his children that the tooth fairy doesn’t exist, and when he told Rep. Eric Swalwell (D-Calif.) that he keeps all his notes from conversations with Trump in “a big safe” with “a lot of guns.”

One of the stand-out moments came when Lewandowski was being grilled about Special Counsel Robert Mueller’s finding that Trump had directed him to tell then-Attorney General Jeff Sessions to limit the scope of the Mueller investigation.

Lewandowski, who at one time was reportedly considered for White House chief of staff, admitted that the report was accurate, giving counsel Barry Berke an opening to ask about an appearance on MSNBC during which Lewandowski said that Trump had never directed him to do any such thing.

Lewandowski’s response: “I have no obligation to be honest to the media because they’re just as dishonest as anybody else.”

Many took this as an admission that he routinely lies to the media.

Some outlets pointedly refrain from interviewing people who take liberties with the truth. CNN, apparently, is not one of those outlets. (Lewandowski is also a former CNN contributor.)

These apples are bananas.

Tuesday, Lewandowski says under oath: “I have no obligation to be honest to the media.”

Especially after yesterday, anyone who invites Lewandowski to a TV show, radio show, podcast, daytime panel show, or, hell, a church spaghetti dinner is undermining their own integrity. These people are villains and they have to be marginalized, not normalized. Stop it, @CNN.

Although CNN was roasted for inviting Lewandowski on the network, some who actually watched Alisyn Camerota’s interview were impressed. Camerota pressed Lewandowski on several matters from his testimony, including his remarks about his truthfulness with the media or lack thereof. When Lewandowski attempted to dodge her questions and deflect, she called him out on it.

“Are you lying now, for instance?” Camerota asked. “I’m as honest as I can be as often as I can be,” Lewandowski responded.

At one point, Camerota accused him of “listening with his mouth.”

At the end of the segment, Camerota dismissed Lewandowski by saying, “Thank you very much for attempting to explain how you approach the truth.”

“Thank you for trying to cover me fairly,” Lewandowski responded.