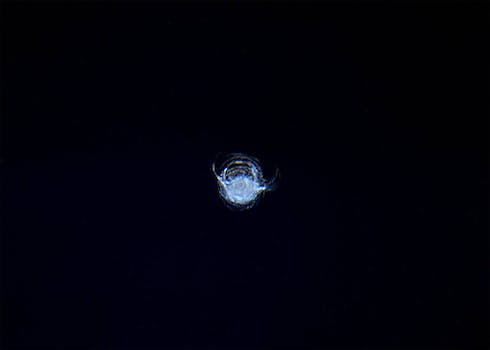 No one wants to see a chip in the window that stands between them and space.

The only thing worse than a flying rock chipping your car window is a flying rock chipping your space station window. That’s what you’re seeing in the photo below, taken by British astronaut Tim Peake on the International Space Station. A piece of space debris left the 7 mm-diameter circular chip in the space station’s window, but there’s little reason to worry. These are strong windows. 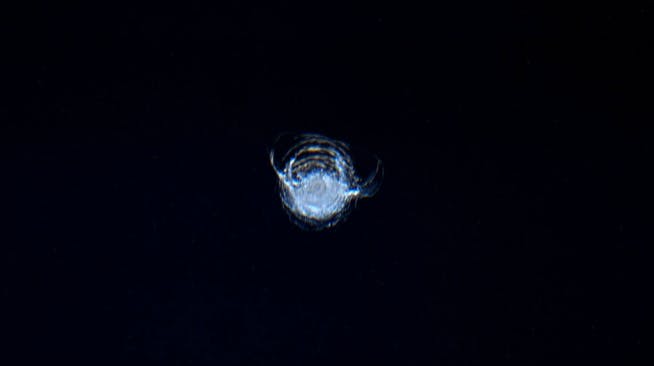 How strong? Let NASA describe the difference between your windows at home and the ones found on the International Space Station.

“A typical window for a house on Earth has 2 panes of glass, each about 1/16 inch thick. In contrast, the ISS windows each have 4 panes of glass ranging from 1/2 to 1-1/4 inches thick. An exterior aluminum shutter provides extra protection when the windows are not in use. The glass in these windows is subject to strict quality control, because even minute flaws would increase the chance that a micro-meteoroid could cause a fracture.”

Even with this powerfully reinforced glass, the dangers of space debris can still pose a serious threat. The European Space Agency says that this impact chip was caused by something tiny, like “a paint flake or a small metal fragment no bigger than a few thousandths of a millimeter across.”

Larger objects pose bigger threats. According to the ESA:

While a chip like the one shown here may be minor, larger debris would pose a serious threat. An object up to 1 cm in size could disable an instrument or a critical flight system on a satellite. Anything above 1 cm could penetrate the shields of the Station’s crew modules, and anything larger than 10 cm could shatter a satellite or spacecraft into pieces.

While there’s no danger from the impact chip in this photo, it’s a reminder of the tiny dangers scientists must constantly be aware of in humanity’s quest to learn about Space.