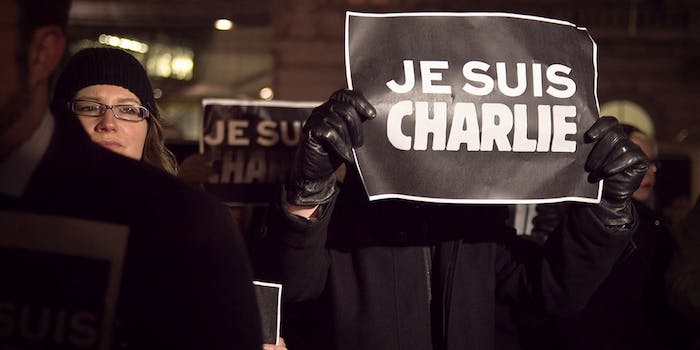 French satirical magazine Charlie Hebdo will publish a special “1 year after” issue commemorating the deadly January 2015 attack on its offices, the magazine has announced.

The new issue’s cover reads “The Assassin is still out there” and shows a bearded, bloodied, and angry man on the run with a rifle on his back. 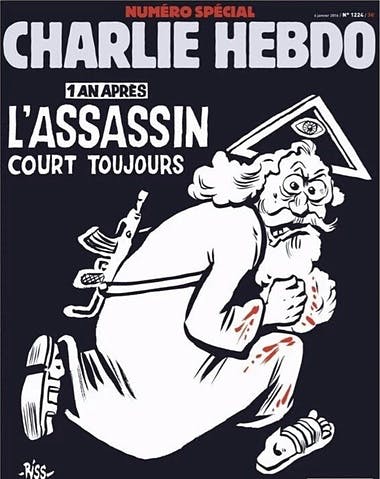 One million copies of the issue will hit French newsstands on Wednesday.

The issue will include art from five cartoonists killed in the attack, which was carried out by Islamic State terrorists. The militants killed 17 people, including a Muslim police officer, who was shot to death on the street.

The magazine will also feature an “angry editorial in defense of secularism” denouncing both “fanatics brutalised by the Koran” and others who hoped the magazine would cease to exist for “daring to laugh at the religious.”

H/T The Guardian | Photo via Valentina Calà/Flickr (CC BY SA 2.0)