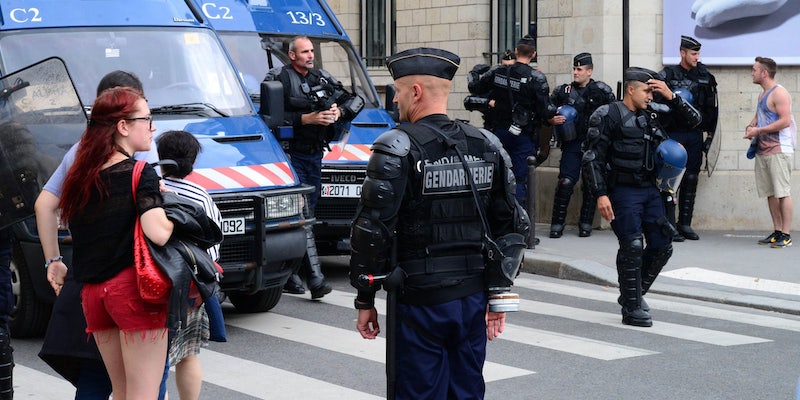 The police describe the scene as "carnage."

Charlie Hebdo is best known for several controversial publications, including cartoons of the Muslim prophet Muhammad and, in its latest tweet, the Islamic State leader Abu Bakr al-Baghdadi.

Witnesses told the media that the attackers had Kalashnikov assault rifles and a rocket launcher, and that they fired for extended periods of time.

“Several men in black cagoules were heard to shout ‘the Prophet has been avenged,’” wrote Europe1 News’ Pierre de Cossette.

The latest death toll was 12, including 10 journalists and two policemen. The men responsible are still at large, and Paris has raised its terror alert to the highest level. The cabinet of French President Francois Hollande was set to hold an emergency meeting at 2pm local time (8am ET).

Other than Cossette’s report, it’s not yet clear what motivated today’s attack. Charlie Hebdo‘s office was firebombed in 2011 for this cover “guest-edited” by Muhammad, who is depicted as saying, “100 lashes of the whip if you don’t die laughing.” 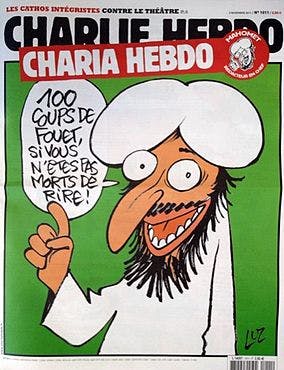 A police spokesperson told BFM TV, regarding the scene of the attack, “It’s carnage.”

President Barack Obama condemned the attack in a statement released on Wednesday.

“France is America’s oldest ally,” Obama said, “and has stood shoulder to shoulder with the United States in the fight against terrorists who threaten our shared security and world.”