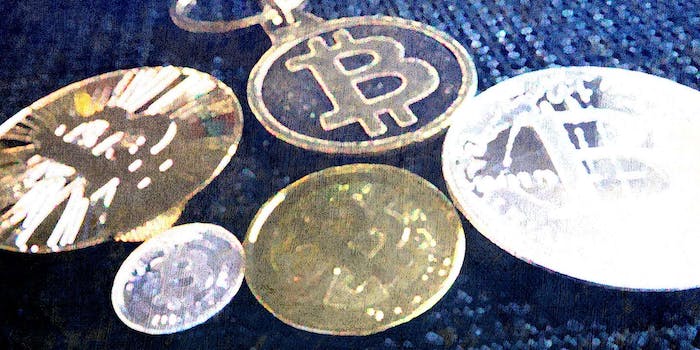 Study seeks to calculate how much CO2 Bitcoin releases into atmosphere

Exactly how green is Bitcoin?

The famous digital currency takes a lot of computing power—and, therefore, electricity—to create. That’s how coins remain scarce and the price stays up.

But the electricity required to mine and create new bitcoins leaves an environmental mark. A new study found that each bitcoin mined last year released about 103 kilograms of CO2 into the atmosphere, an event that took place every 24 seconds.

The energy required to produce a bitcoin is only going up. By May 1, 2015, each bitcoin will release 1.6 tons (about 1,602 kilograms) of CO2 into atmosphere.

That adds up to 5,767.2 tons of CO2 per day from bitcoin mining. Remember, this is a technology that deliberately uses a lot of energy in order to enforce scarcity. It’s a matter of purposeful design—meaning it could be fixed.

But such a fix would require agreement from the vast majority of bitcoin miners, due to the program’s design.

Discussion about Bitcoin’s environmental footprint has been going on for years now. Proposals have been made about changes that can ideally abolish mining altogether, or at least significantly shrink the carbon it spews out, but it’s not clear how much progress is currently being made on that front.