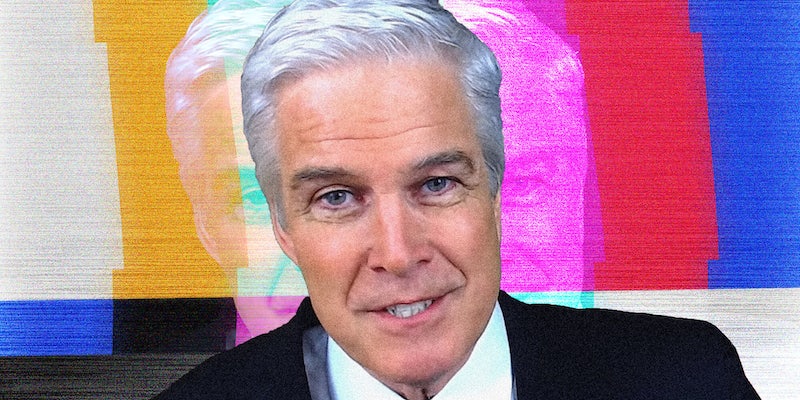 Bill Mitchell, the conspiracy-theory-touting host of YourVoice America, is getting dragged for an absurdly poor understanding of basic math.

In the early hours of April 21, the far-right Trump loyalist took a brief break from manically tweeting about the “orchestrated COVID-19 panic” to tweet out some dubious numbers to his followers.

“Interesting that ActBlue raised an average donation of $30.38,” Mitchell wrote. “This would imply people are donating in uneven numbers, including pennies, which would be odd. OR it would indicate untraceable foreign donations and an exchange rate translation, which would be illegal.”

Mitchell’s tweet completely ignored the concept of averages, which most Americans learn in elementary school. This fact was not lost on critics, who promptly swooped in to inform him. They dragged Mitchell and his stunningly bad math all over Twitter. The abuse continued long after he tried to downplay the tweet with a number of follow-ups and non-math based critiques of ActBlue, the fundraising platform Democratic candidates use.

He later claimed it was all a stunt to draw attention to ActBlue.

Some users were kind enough to attempt to explain the math to Mitchell.

Others just dragged him.

“You’re gonna freak out when you hear how much each lemon is when they are 3 for $1.00,” one person said.

The comment section for Mitchell’s tweet is riddled with snarky math jokes. Some people even added in some helpful tips and tricks.

One commenter even turned Mitchell’s logic back on itself.

“I just did a search on FEC’s website of every donation made this cycle under the name of ‘William R. Mitchell’ — that’s your name, right? They averaged out to $53.03 — wouldn’t this imply donating in uneven numbers, including pennies, or indicate untraceable foreign donations,” user Charlotte Clymer wrote. “Or…. stay with me here: maybe that’s how match often works with a large group of numbers?”

If nothing else, Mitchell should come out the other side of this with a far better understanding of averages.