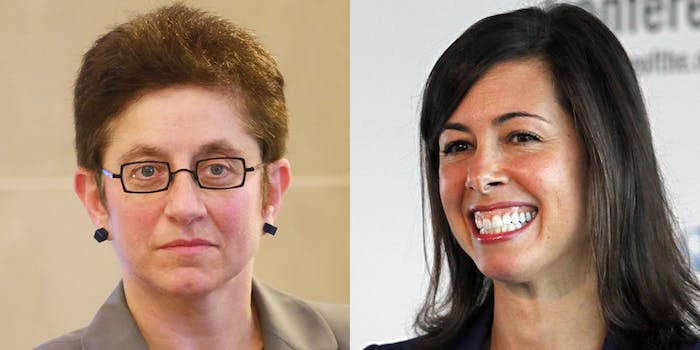 A coalition of tech and civil rights organizations are urging the Senate to confirm the nominations of Jessica Rosenworcel and Gigi Sohn to the Federal Communications Commission (FCC).

In a press release on Monday, the activist group Demand Progress revealed that the more than 20 organizations, known collectively as “Battle for the Net,” are flooding Senators with messages pushing for the confirmations.

President Joe Biden last month picked Rosenworcel for FCC Chair and Sohn for FCC Commissioner. The pair are known for their strong support of net neutrality.

Rosenworcel has already been serving as acting chair since January but would have to step down in 2022 if not confirmed by the Senate. Sohn is a former FCC staffer who made a name for herself by strongly advocating for open and affordable internet access.

Mark Stanley, the director of operations at Demand Progress, praised both nominees while urging the Senate to take action.

“These nominees have immense experience, deep expertise, and track records as coalition builders who work with people from all points on the ideological spectrum. They’re pragmatists who have built unassailable records putting the public interest first,” Stanley said. “The public has waited long enough. The essential nature of affordable broadband access and an open internet is more clear than ever. The Senate, both Democrats and Republicans, must get to work to quickly confirm these highly qualified nominees together, so the FCC can in turn get to work for the public.”

Battle for the Net claims that it has already sent over 110,000 messages to members of the Biden administration and the Senate as part of its push.

“Both of these candidates are fully qualified and should be confirmed immediately so that the FCC can get to work and can finally undue Ajit Pai’s disastrous repeal of net neutrality,” George added. “It’s taken nearly a year to get this far, it would be absurd for the Senate to waste any time.”

Given that Democrats currently control the Senate, the confirmations are expected to go through if a vote is held, although potential hurdles exist.