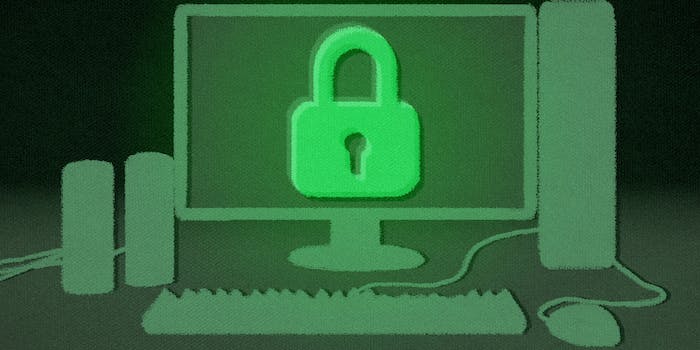 The new encryption tools promising privacy in a world of backdoors

There's a fight over encryption—and encryption is winning

The battle over encryption is heating up in Washington. But on the Dark Net, encryption technology has already passed lawmakers by.

Largely tanks to efforts by FBI Director James Comey, Capitol Hill is abuzz with talk of new laws mandating backdoors and golden keys that would give government access to encrypted data.

While much of the tech industry protests loudly, powers in London and Paris are strongly pushing their own backdoor legislation. Three high-ranking law-enforcement officers from the U.S., France, and U.K. co-wrote a recent opinion editorial in the New York Times arguing that “encryption blocks justice.”

As the political landscape intensifies around the world, encryption enthusiasts, known as cypherpunks, are writing the code to build the next generation of encryption tools designed to allow anyone on the Internet to maintain their privacy and, in some cases, completely hide who they really are.

A small group of anonymous hackers on the Tor and I2P networks are building a new decentralized commerce platform called Axis Mundi meant to fundamentally change the way the black markets of the Dark Net work.

Modeled after the $1 million venture capital darling OpenBazaar, Axis Mundi is an anonymously built decentralized black market that aims to take away the biggest threats to the Dark Net markets: Police can’t shut it down in one fell swoop, and thieves can’t steal every Bitcoin in one easy heist.

A normal Dark Net black market—you know, the ones that make millions of dollars for their top drug dealers—is centralized. The market is owned by one person or group and, therefore, has one point of failure. The cops can take it down, the way they did to Silk Road. Or the market’s owners can shut it down and run with the money, the way they did to Evolution.

Dark Net markets continue to grow despite the weakness and turbulence, but many of the consumers are aching for something better.

Axis Mundi has no one central point of failure. Instead, it’s a network made up of independent brokers that spread the data and risk among each other. 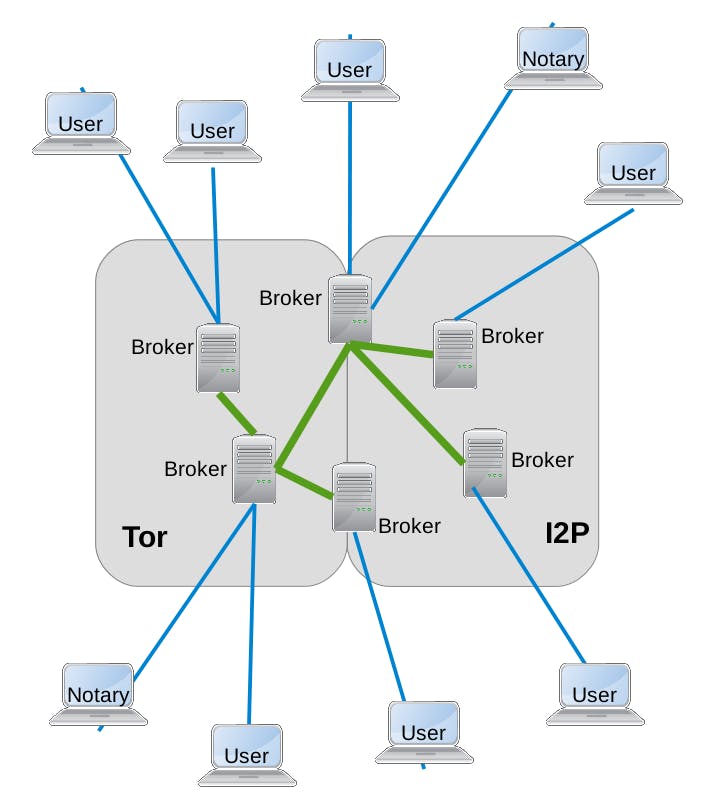 About five anonymous people are developing Axis Mundi, an open-source tool promising code that can be reviewed by anyone. The platform is designed to scale to thousands of users when it’s fully functional. Basic ordering abilities are scheduled to come online within the next few weeks.

While it’s been inspired by projects like OpenBazaar, Axis Mundi differs in several fundamental ways.

First, Axis Mundi aims for near invisibility on a user’s system.

“All local data is stored encrypted and absolutely no configuration information or application data is stored on the disk unencrypted (even temporary files based on our testing so far),” one developer told the Daily Dot. “We wanted to make it very hard to extract any detailed evidence of use from a disk image, for instance. OpenBazaar has a much bigger local system footprint in this regard.”

Second, it’s designed explicitly for anonymity. There is no operation except for over Tor and I2P’s anonymity networks.

Security and anonymity are the top priorities for Axis Mundi’s cryptographer developers, making them perfect contrasts for Comey.

At the same time, developers at the Tor Project are building a powerful new anonymous messenger that aims to make strongly encrypted communication easier than ever before.

Tor Messenger has been in development for over a year and available for early testing since this past winter. Utilizing the Tor network, the messenger seamlessly anonymizes a wide range of chat protocols, including Facebook Chat, Google Talk, IRC, Twitter, XMPP, Yahoo, and the Russian social network Odnoklassniki. And no matter which network you’re connecting to, Off-the-Record encryption will secure all conversations.

The messenger—which, like Axis Mundi, is not yet fit for secure public use—has been developed without much fanfare largely because the process is slow. But the program is poised to be one of the most exciting leaps forward in the world of encryption.

It’s not a huge technological leap that has people’s attention. Instead, it’s the expert support of Tor developers to build a messenger that allows users to easily login to their favorite social network and chat with a strong assurance of privacy.

Whether someone is in favor of encryption backdoors or not, that’s undeniably powerful.

In July, Tor developers met with representatives of Defense Advanced Research Projects Agency (DARPA) as part of a U.S. military grant to build the next generation Dark Net by improving every aspect of Tor hidden services including security, scaling, and performance.

As part of the very political battle over encryption, Tor has been engaged in a months-long rebranding discussion about how to win a public relations war. Terms like “hidden services” and “Dark Net” are widely used, but Tor developers worry about their negative connotation and use in the media.

The idea is to come up with more benign terminology like “onionsite” and “onionspace,” referring to the multiple layers of encryption that protect the Tor network.

While Edward Snowden‘s 2013 NSA leaks kicked off a sustained boom in encryption tools, it appears that the newer and easier-to-use tools like Tor Messenger and Axis Mundi have the potential to how we think of online privacy and anonymity simply by making encryption easy.

The new technologies don’t mean vocal critics of strong encryption will lose this battle—but it likely does mean that defiant cypherpunks will stand to fight another day.