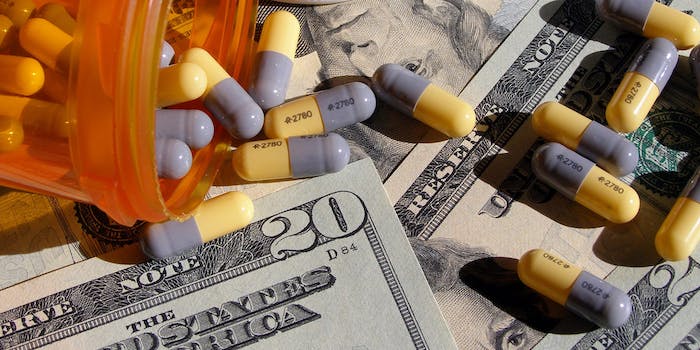 Dark Net markets offer more drugs than ever before

Who said the Dark Net is dead?

The Dark Net’s black markets continue to grow at strong rates, no matter what the cops and thieves have to say about it.

Dark Net markets have grown over 37 percent in product listings in the last year despite sweeping police actions and the constant threat of multimillion-dollar thefts looming large. This is the fourth straight year of strong growth among major black markets even as the biggest and most famous markets—like Silk Road, Evolution, Silk Road 2.0—are left for the history books.

Over 68,738 products are listed across 10 major black markets; two thirds of the inventories are drugs. The rest of the products include weapons, stolen credit cards and accounts, malware, and more.

At this time last year, the Dark Net markets, which are only accessible through the Tor network, had just crossed the 50,000 product threshold. That’s up from around 18,000 products in October 2013, when federal agents seized Silk Road and arrested its founder, Ross Ulbricht.

To arrive at these figures, we surveyed all the product listings on the 10 major Dark Net markets. Each market offers clear categorization of products, allowing us to identify the proportion of drugs and fraud products on sale in each market. We could not verify how well any of these products sell, nor did we account for products listed across multiple markets. However, selling on these markets costs money (starting at around $50), which discourages spam listings. We then put all the markets together to determine their market share by product listings in order to determine which market was the largest.

Even with these numbers, it’s impossible for us to know exactly how much money these markets are making. (If you own a market and want to talk, however, you should send me an email.)

The most enduring institution on the Dark Net is Agora. Founded in December 2013, amid the rubbled of of Silk Road’s fall, Agora now accounts for 37 percent of all Dark Net product listings. It’s a drug-heavy market with substantial supplies in marijuana, ecstasy, prescription drugs, and stimulants—and nearly any other drug you can imagine.

Agora has sat on the Dark Net throne for much of the past year and a half as its two biggest competitors, Evolution and Silk Road 2, ceased to exist. The black market has grown by 37 percent in the last year, beating the rest of the Dark Net’s growth considerably.

Agora’s 37 percent market share is the biggest any single market has had since the original Silk Road. That’s the kind of dominance and profit that comes with stability in such a chaotic world. However, continued cyberattacks against markets like Agora in recent months have produced mountains of customer dissatisfaction.

All that means that new markets are rising fast.

BlackBank, an illicit market with a reputation for stability and withstanding attacks, grew by 2,000 percent in the last seven months. Nucleus, another market created only six months ago, already boasts 14,000 products.

Of the five largest Dark Net markets in action today, AlphaBay stands out for its focus on credit-card theft and other fraud-related sales. Like the famously successful Evolution market before it, AlphaBay is run by credit-card thieves. Given that Evolution ultimately stole millions from customers, the commonality inspires little popular trust; but good product brings customers, so the money flows regardless.

Correction: An earlier version of this article misidentified AlphaBay and the year Agora was founded. We regret the errors.

Photo via Chris Potter/Stockmonkeys.com (CC BY 2.0)