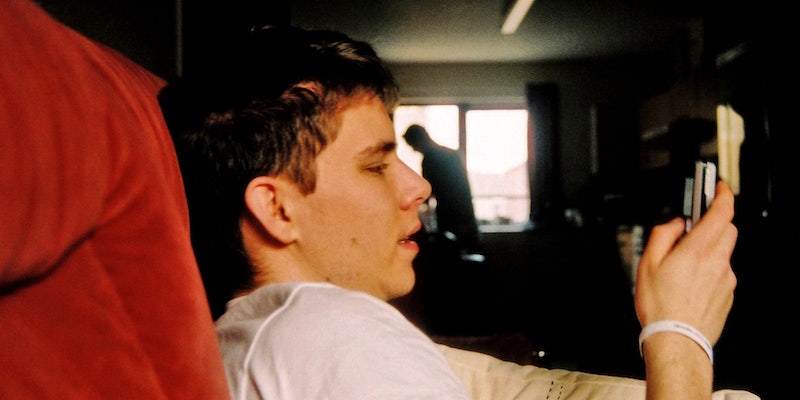 If you self-identify as a “bro” (which, let’s be honest, no one does anymore, except for teenagers, frat boys, and Seth Green characters on failed network sitcoms), you’ve probably wished that you had an app that could automatically respond to your girlfriend’s texts. Rather than responding individually to each “I love you,” winky-face, or obscure string of shrimp emojis, you could outsource the labor to your mobile device, leaving you free to pound back shots or throw dollar bills at strippers or do whatever you and your bros do, in a most brotastic fashion.

Thanks to a new app available for Android, the dream of outsourcing such menial relationship tasks to your mobile device is now a reality. The creators of BroApp have made it possible for bros to use their brones to send aubro-matic bro-bile texts to the bro-ettes of their choice, for the incredibly bro price of $1.99.

According to The-bromerz at the Telebroph (OK, that one didn’t even make sense, I’m stopping now), the Australian app allows users to select what types of texts they’d like to send to their girlfriends and when.

“We know that people are busy and sometimes forget to send enough love to their partners,” developers Factorial Products Ltd. said in a press release. “We invented BroApp so that even if you forget to manually write a message, your love is still communicated. BroApp provides seamless relationship outsourcing.”

Basically, here’s how BroApp works: You log in, and you’re asked to enter your girlfriend’s name and contact info into the phone (in the promo video, the list of potential contacts includes such illustrious bros as Arnold Schwarzenegger, Wolf of Wall Street protagonist Jordan Belfort, and, weirdly, Australian feminist Germaine Greer, whose inclusion can only be explained by the possibility that she shares a name with a celebrated MMA fighter or mixologist or something).

You’re then asked to compose a number of texts that are automatically sent throughout the day, with the app using a series of “advanced algorithms” to determine the best time to send them to your girlfriend. The app also purports to come with a “girlfriend safety lock,” which pulls up a list of “gifts” you were “planning” to buy your girlfriend should she attempt to access the app on your phone.

Of course, there’s no way BroApp will be even remotely successful, for two reasons: 1) there’s already an app like this (Girlfriend Keeper for iOS, as well as the simply titled Auto Text Girlfriend on Android), and 2) women are not complete f***king morons, so if you send us a slew of spell-checked, automated text messages politely inquiring as to how our day was, at the exact same time of day, every day, we’ll immediately know something’s up. If you guys actually think that Ferris Bueller kind of nonsense works on us, then you’re very, very wrong.

In fact, while apps like BroApp appear to be conceived at least partly in jest, the implications they carry about gender and relationships make them a lot less harmless than they appear to be. In many ways, the idea that women require a mobile display of affection from their boyfriend, every hour on the hour, is just as dumb and offensive as other outdated and sexist relationship myths, such as the notion that women aren’t interested in casual sex the same way men are, or that men aren’t interested in romantic commitment.

While these stereotypes are often mined for their comic potential, as they are in the case of BroApp, gross generalizations about the entire female gender aren’t just dangerous to women—they’re dangerous to BroApp users themselves, whose misguided assumptions about women and their needs will almost certainly impede their chances at future healthy relationships, possibly for the rest of their lives. And there’s absolutely nothing bro-tastic about that.

H/T The Telegraph | Photo by andronicusmax/Flickr (CC BY 2.0)