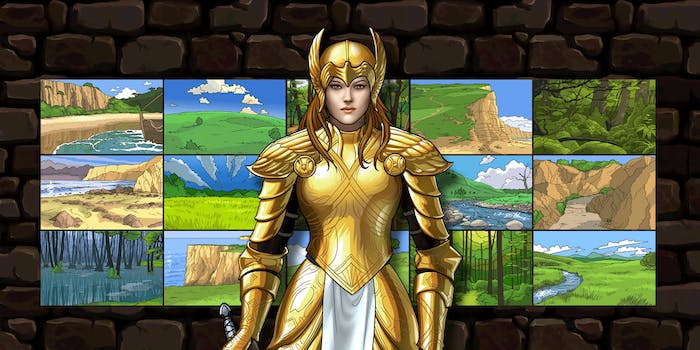 An RPG you can play from your wrist.

If you stayed up to order an Apple Watch as soon as preorders went live, you’re probably looking forward to things like sending your heartbeat, the fun emoji, and some of the fitness features. But the powerful little gadget is also a capable gaming device, and developers are hard at work on wearable games. There are already a few simple puzzle games that have popped up for the smartwatch, but if you’re looking for a truly unique adventure crafted specifically for the tiny touchscreen of the Apple Watch, Runeblade is it.

Developed by Everywear (which boasts that it is the first studio focused solely on smartwatch gaming), Runeblade is a role-playing game that takes place entirely on the pint-sized screen of the Apple Watch.

The fantasy game takes place in a fictional land of monsters, dragons, magical spells, and loot to collect and upgrade your character. Unlike most RPGs, the game isn’t meant to be played in large chunks, but rather in tiny bursts here and there. Combat is waged over time, and when you encounter an enemy, you won’t always be able to defeat them immediately, requiring you to revisit the battle happening on your wrist for a few minutes at a time over the course of your day.

The game is free to play and expected to launch this month, just in time for the first Apple Watch orders to arrive on April 24.