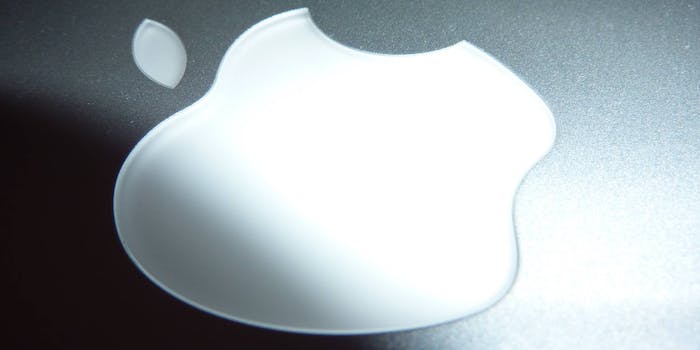 Apple is reportedly working on a Snapchat-like social network

Or Apple could do literally anything else.

Despite being the most profitable company in the world, Apple sure likes to position itself as an underdog. According to a report from Bloomberg, Apple is gearing up to try to play David to the Goliath of Snapchat.

The app would, much like Snapchat, allow users to record videos and apply filters and drawings before sharing them. The report indicates the videos could be sent to contacts directly through iOS or shared on social networks like Twitter.

There’s not a whole lot known about the app beyond its apparent resemblance to Snapchat. It appears Apple’s primary goal is to make it as simple as possible, reportedly aiming to design the app to be used with one hand and make it possible to record, edit, and upload a video in under one minute.

It’s not inconceivable that Apple could manage to work its magic in this field, as it wasn’t that long ago that people were sending photos and videos from the Photo Booth app on Macs.

But Apple has struggled with its attempts at building social networks before. The very short-lived and poorly executed iTunes Ping was designed to make it easier for fans to connect with artists. While Ping is still present in spirit in Apple Music’s Connect feature, the experiment was a pretty expedient failure.

Snapchat is just the latest tech unicorn that Apple has decided to take aim at. Earlier this year, the company poured $1 billion into Didi, a Chinese ride-hailing app that was going head to head with Uber. Months later, Didi emerged victorious when Uber agreed to sell off its Chinese business to the competitor backed by Apple.