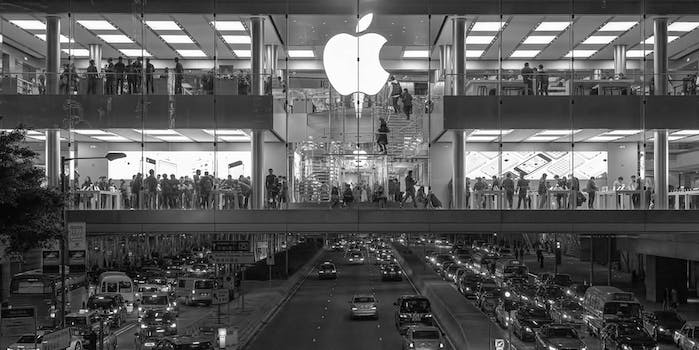 Apple just invested $1 billion in a Chinese competitor to Uber

When news broke that Apple invested $1 billion in the Chinese Uber competitor Didi Chuxing, the Internet was collectively shocked. Long rumored to be working on automated car technology, the significant investment in an on-demand ride-hailing service in China, where Apple is trying to grow its presence, will further the company’s push into transportation.

“We are making the investment for a number of strategic reasons, including a chance to learn more about certain segments of the China market,” Apple CEO Tim Cook told Reuters. “Of course, we believe it will deliver a strong return for our invested capital over time as well.”

The investment and commitment to a partnership with Didi Chuxing came together in just under a month. Didi Chuxing executives visited the Cupertino, Calif. company on April 20, and the deal was officially announced on Friday, Business Insider reports.

Apple now has a significant stake in the so-called sharing economy, and it’s the layer of software and services, not hardware like car manufacturing, that could prove to be more lucrative and beneficial to Apple’s future plans. The company said it will continue to stay focused on CarPlay, the software that connects Apple devices to smart vehicles.

The back and forth of employee poaching between Tesla and Apple further cemented the rumor that Apple was working on a vehicle of its own. But now it appears Apple isn’t competing with Tesla so much as Uber.

In 2015, Apple analyst Neil Cybart predicted Apple would be competing with software, not vehicle manufacturers in the automobile industry. In a blog post on Above Average, Cybart writes:

Owning the manufacturing infrastructure capable of producing millions of cars will shift from a source of power to a liability. Instead, the power in the automobile industry will be found by the company owning the mobile ecosystem that empowers the consumer.

Uber is the largest and highest-valued company in the on-demand car market, and its rivals have banded together to try and thwart an Uber monopoly. Last year, Didi Chuxing partnered with Lyft, Ola, and GrabTaxi to expand their global reach by allowing users to book rides from those companies in each other’s apps. Apple’s $1 billion investment will help further that competition.

Currently Didi Chuxing has penetrated one percent of the Chinese market, with 11 million rides per day in more than 400 cities in China. In April, the Wall Street Journal reported the company was seeking to raise $1.5 billion at a $25 billion valuation.

When asked on a call with reporters whether Apple’s investment in Didi Chuxing will help improve the company’s relations with China, Didi Chuxing’s president Jean Liu said, “The policy makers in China now have been more and more open now … There’s a good foundation that we can help each other in many ways.”