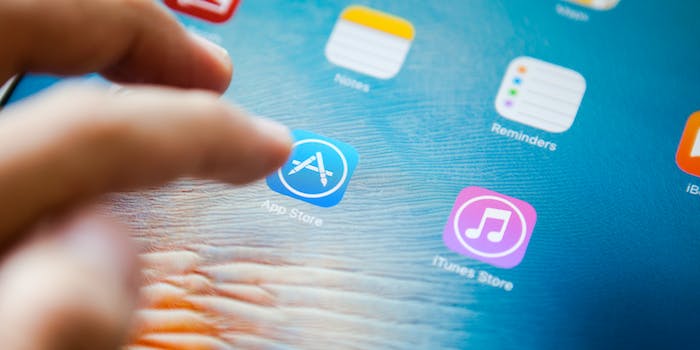 Apple denies boosting its own apps in App Store

Is Apple placing its own apps higher up in search results than more popular third-party options?

Apple is pushing back against accusations that the tech company of placing its apps higher up in search results in the App Store.

A new report from the Wall Street Journal found that Apple’s apps appeared at the very top of the App Store during 60 percent of basic searches. And if those Apple apps have a subscription service or earn the company revenue, they appear at the top of search rankings 95 percent of the time.

In one example, the WSJ says a search for “maps” showed Apple’s Maps app at the top of the list despite Google Maps, which came in at second, being vastly more popular. Another search for “books” saw the Apple Books app also in the number one spot even though Amazon’s Kindle app has significantly more downloads.

Apple is now denying that it gives preferential treatment to its own apps, telling the Wall Street Journal that apps are ranked based on 42 factors including downloads and user reviews. But any company app that comes preinstalled on an Apple device such as Maps does not list ratings or reviews in the App Store, making it impossible for anyone outside of the company to take those factors into account.

Apple also says it cannot reveal the algorithm it uses to rank apps due to concerns that such information could be used to game the App Store. The company further added that anytime someone uses the search bar on their device to look for an Apple app that those inquires also count towards popularity in the App Store.

“Apple customers have a very strong connection to our products and many of them use search as a way to find and open their apps,” Apple told the Journal. “This customer usage is the reason Apple has strong rankings in search, and it’s the same reason Uber, Microsoft, and so many others often have high rankings as well.”

The report into Apple’s practices comes as both the United States and the European Union are scrutinizing major tech companies more than ever. Apple is already facing an antitrust lawsuit and an EU investigation regarding how it operates the App Store.