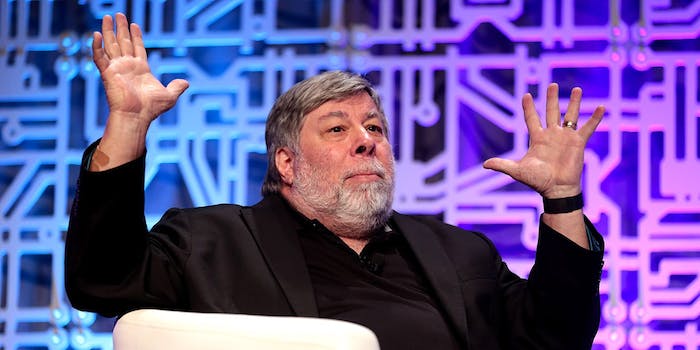 'My recommendation to most people is you should figure out a way to get off Facebook.'

Apple co-founder Steve Wozniak says most people should delete Facebook due to the company’s stance towards privacy.

Speaking with TMZ outside Washington D.C.’s Reagan National Airport, Wozniak argued that while some people may be willing to give up their privacy, others should find a way to ditch the social media site.

“There are many different kinds of people and [to] some the benefits of Facebook are worth the loss of privacy,” Wozniak said. “But to many like myself, my recommendation to most people is you should figure out a way to get off Facebook.”

Wozniak further suggested social media companies should give users the option to pay to keep their data away from advertisers.

“Why don’t they give me a choice?” Wozniak asked. “Let me pay a certain amount and you’ll keep my data more secure and private.”

When questioned as to whether modern technology is listening to users, Wozniak pointed to devices such as the Amazon Echo, which recently made headlines over its indefinite storage of some user data.

“Who knows if my cellphone is listening right now?” Wozniak questioned.

The tech leader has long been critical of social media and the invasion of privacy he believes it represents. Wozniak made the decision last year to leave Facebook for good in the wake of the Cambridge Analytica scandal.

Speaking with USA Today at the time, Wozniak argued that other services such as Apple take user privacy much more seriously.

“Users provide every detail of their life to Facebook and… Facebook makes a lot of advertising money off this,” Wozniak said. “The profits are all based on the user’s info, but the users get none of the profits back.”