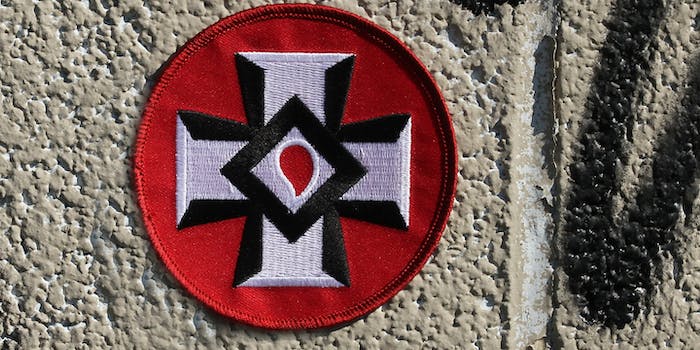 The Anonymous #OpKKK dox is not what you’re expecting

This one didn't live up to the hype.

After days of teasing, Anonymous has finally produced what it says is damning identifying information of the notorious white supremacist group the Ku Klux Klan.

Instead of contact information and proof of the promised 1,000 KKK members, the final result is simply a few hundred names, Facebook pages, and Google+ accounts.

Ultimately, the document works far less than a traditional “doxing,” in which someone online posts revealing personal information like phone numbers or home addresses, and is more of a resource guide. Many of the people named are already well-known white supremacists. It lists the name and email address of Don Black, founder of prominent white supremacist site Stormfront and former KKK leader, for instance—but that email address is widely spread on the Internet, including on Black’s personal page.

Big shoutout to some of the KKK FB accounts that gave us access to secret groups and other klan accounts for #OpKKK pic.twitter.com/NHjSEa6Tu5

It also identifies the KKK Twitter account @KKKOfficial311 as Frank Ancona, Imperial Wizard and President of the Traditional American Knights of the KKK. But that’s hardly a revelation. @KKKOfficial311 has a link to that organization’s website, complete with an interview with Ancona on its front page.

While Anonymous has risen to fame as a hacker collective, much of the information could be found with little more than a Google search. It names 74-year-old Frazier Glenn Miller Jr., for example, but offers only a link to a news article about his conviction for murdering three people at Jewish sites and a short summary of that article. Another person is marked as “Not a klansman, never was. Still including him.”

Besides Black, the Anonymous document lists the email addresses of only four other people, none of whom immediately responded to the Daily Dot’s request for confirmation about their KKK membership. There are no phone numbers listed.

The vast majority of names are simply paired with a Facebook account or Google+ page. Some of those may be, as some previous attempts to out KKK members have been, incorrect. One, for instance, showed a woman who clearly supported the Confederate flag, but the memes that littered her Facebook wall included jokes at racists’ expense and references to the African-American television drama Empire.

We removed several names from our list for further investigation. We would rather have a smaller, accurate list that we are comfortable with

Other accounts certainly claim on their Facebook pages to have KKK affiliations. But with no other information on them, it’s hard to see how this will “out” a person who already openly puts such information on Facebook.

Anonymous has a long history of misidentifying people as culprits, including accusations of KKK membership. But at times, its attempts to shine light on members of the group has had a clear impact. As captured in the 2015 documentary Inside the Ku Klux Klan, a previous Anonymous effort to dox KKK members resulted in some quitting the group.