Android’s upcoming flagship devices filled with quad and even octa-core processors are, in many ways, still struggling to keep up with the dual-cores running last year’s iPhone 6s and 6s Plus according to new benchmark scores from GFXBench.

Google’s operating system and the companies behind its smartphones have been trying to catch up to Apple’s performance benchmark scores for years by filling their devices with as much memory, processing cores, and storage as possible.

This year, most of these flagship devices will be packing at least 4GB of memory, six or eight cores of the latest Snapdragon 820 processors and storage up to 128 GB.

But if all this technology makes Android powered devices sound like the V8 Mustang of smartphones, then the iPhone, with its lower resolution screens and streamlined OS is a Lotus Exige—light, nimble and fast.

And it pays off. 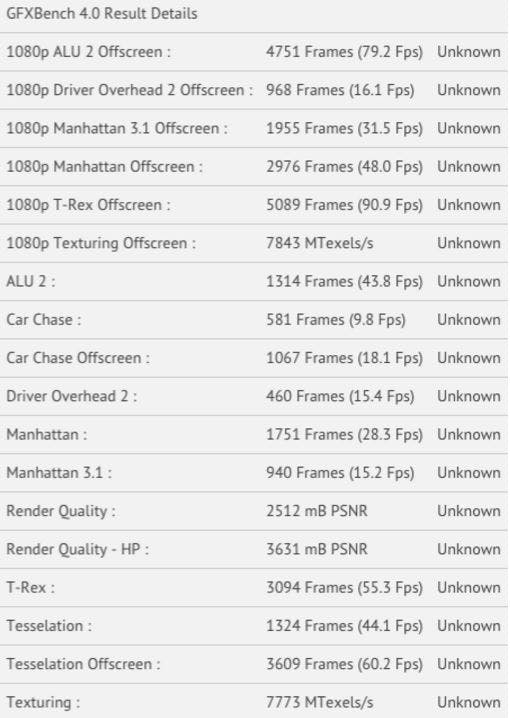 These GFXBench scores show an unknown device running Android 6.0 Marshmallow with a quad-core version of Snapdragon’s newest 820 processors and accompanying Adreno 530 GPU, which is the pair you can expect to be running a number of Android flagship devices this year.

The new processors do not do as well as you might expect against the iPhone 6 and 6s especially given the extra processing might and newer technology. A number of performance and graphics tests show Apple’s A9 chipset provide greater frames-per-second when compared to the technology behind Android’s upcoming flagship cell phones.

And while Android’s new chipset and the iPhone 6s split a number of results, these benchmarks still stand as a testament to how Apple’s efficient integration and streamlined operating system require less to achieve more.

Before any conclusion can be made it is important to note that these tests should be taken with a grain of salt until official devices are tested. Some of the things that could provide differences between the scores of this unknown device, and say, the Galaxy S7 are number of pixels in play and any added software running on top of Android 6.0. GFXBench notes that this unknown device has a 6.2 inch screen with a display resolution of 2560×1600. As you can imagine, that is a lot of pixels to power, especially against the comparatively low-resolution screens of the iPhone 6 and 6s.

Still, a conclusion can be made that last year’s iPhones will still provide better results than this years upcoming Android devices in many practical applications. But it’s not all bad news for Android fans, the new 820 processors show a marked improvement over the 810 which powered many of last year’s devices including the Nexus 6p and HTC M9.