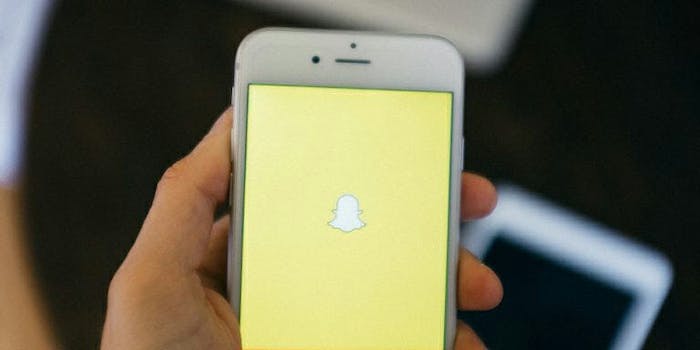 Point your camera at an object—and buy it on Amazon.

Snapchat is rolling out a feature that connects its augmented reality camera interface to Amazon for in-app shopping, TechCrunch reports.

Snapchat users will be able to take a photo of an object or scan a barcode and purchase it through Amazon. By pressing the screen while pointing the camera toward an object, such as name-brand sneakers or your friend’s fancy Bluetooth speakers, you’ll be redirected to an Amazon pop-up. The pop-up will show similar products available for purchase through the Amazon website or app.

With the partnership, Snapchat joins other social media platforms already experimenting with shopping features. Instagram has integrated commerce into its tags and Explore pages, while Pinterest has added Shop the Look pins.

It’s unclear whether Snapchat will receive a cut of the Amazon purchase revenue, but if that’s the case, then the company will generate much-needed cash. Snapchat’s stocks reached an all-time low earlier this month, trading in single digits for the first time, according to MarketWatch.

The social app has about 300 million active monthly users, the majority of whom are between 18 and 24-years-old, according to a 2018 statistics report. Per the report, there are about 3 billion snaps created everyday, including photos and videos, and it looks like Snapchat and Amazon are both hoping that some of those snaps will now translate to real-life purchases.

Only a select number of U.S. users will be able to use Snapchat’s shopping interface before it’s potentially expanded to other countries.