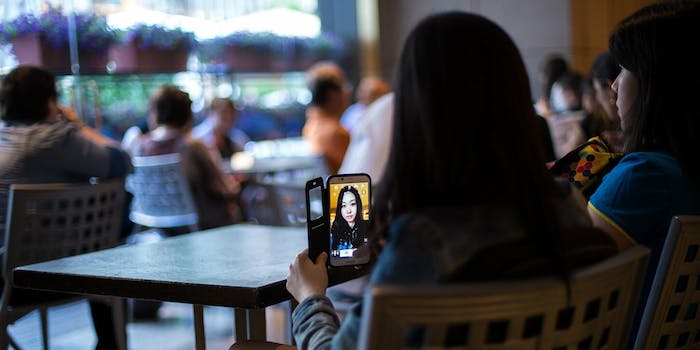 Amazon wants to patent a system to verify purchases with selfies

Amazon has filed for a patent on a payment system that verifies purchases using selfies.

The patent, titled “Image Analysis for User Authentication,” is for a system that would let shoppers snap a quick picture or take a video in order to verify their identity and complete a purchase. The process would replace a traditional password.

In the application, Amazon goes into detail about the shortcomings of password systems, noting that text passwords can be stolen, are hard to type if you have “a relatively large human finger,” and “can require the user to turn away from friends or co-workers when entering a password, which can be awkward or embarrassing in many situations.”

To replace this still-dominant but clearly archaic method, Amazon wants to implement its biometric verification system, requiring a customer to show their face to the camera. It’s not clear that this would be any less awkward or embarrassing, but it would definitely be more convenient. 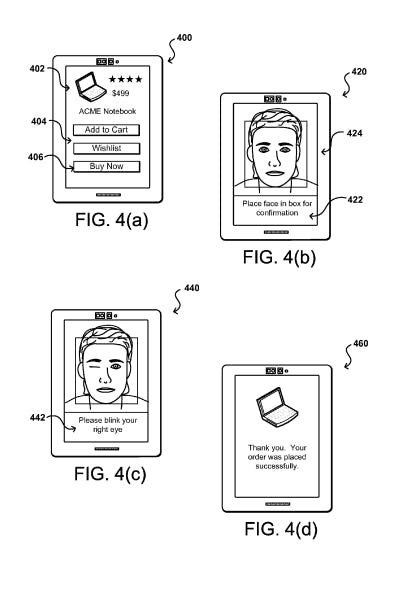 US Patent and Trademark Office

Because a system that relies on a simple picture would be pretty easy to hack, Amazon’s system would require proof that the person on-screen is who they say they are. To accomplish that, the system would “prompt the user to perform certain actions, motions, or gestures, such as to smile, blink, or tilt his or her head.”

Amazon isn’t the first company to examine the possibility of payment verification selfies; MasterCard implemented such a system in February. MasterCard owners can use the company’s Identity Check app to complete their purchases with a selfie or a fingerprint.