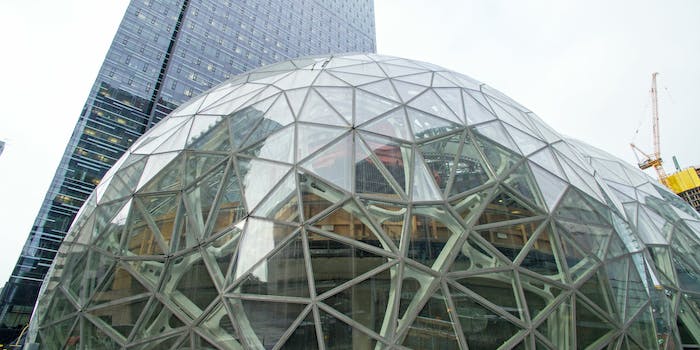 The online retailer is expected to announce its location soon.

Amazon said on Thursday that it’s expanding to a second U.S. headquarters, igniting a race among major cities to host the giant online marketplace.

The building will be a full HQ, not just a satellite campus, and workers will be able to choose which of its two headquarters locations to work from.

Why would anyone want Amazon to move to their city? For one, it plans to put $5 billion into its massive project, and hire as many as 50,000 employees. The company says its “HQ2” will be a “full equal” to its headquarters in Seattle. It claims to have invested $38 billion in its home city between 2010 and 2016.

“Amazon HQ2 will bring billions of dollars in up-front and ongoing investments, and tens of thousands of high-paying jobs, Amazon founder and CEO Jeff Bezos said in a statement. “We’re excited to find a second home.”

Amazon mapped out its preferences for any city looking to make a bid. First, the city should have a metro area with more than one million people. It should also have a “stable and business-friendly environment,” and consist of urban and suburban areas that can attract talent. Officials will also need to somehow convince the company that they’re thinking “big and creatively” when looking at locations. More specific preferences include being close to downtown and less than 45 minutes from an airport.

The upcoming headquarters is just the latest development in Amazon’s growth frenzy. In 2011, Amazon had just 30,000 employees. Now just short of 400,000 people work for the world’s largest online retailer. In late July, Amazon purchased Whole Foods and followed it up with a huge job fair to hire tens of thousands of additional employees.

Amazon is expected to announce where it will build HQ2 next year.