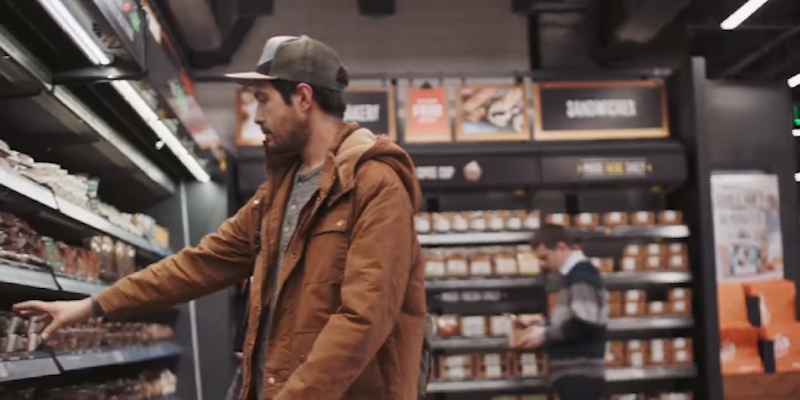 The checkout line could be automated out of existence.

After months of speculation and anticipation, Amazon is finally rolling out its new foray into the grocery business to a broader audience. Referred to as Amazon Go, the new store will attempt to strip away one of the oldest, most basic tenets of shopping for groceries―the checkout line.

The concept behind the new store is pretty simple, but it could have enormous, even destabilizing, implications for the traditional convenience store and supermarket industry. Amazon Go will allow shoppers to pick up what they want at the store and just walk out, without stopping to pay. The payments will be processed automatically via an app, meaning you could just walk in, grab your stuff, and walk out without opening your wallet.

The new system has reportedly been in a testing phase for about a year and has so far only been open to Amazon employees. On Monday, however, the store―located in Seattle, where the company is headquartered―will open to the general public. It’s located at 7th Ave, and Blanchard St., and it will be opening its doors at 7am PT.

Anyone who wants to make use of it will need an Amazon account and a smartphone that can use the Amazon Go app. As the Seattle Times noted in covering the store’s impending launch, the new technology is stirring up fear among traditional grocery workers and their unions who fear this is the first step toward automating their jobs out of existence.

Amazon hasn’t solely put all its supermarket efforts into this Seattle location. Last year, the web retail giant purchased more than 400 Whole Foods locations nationwide, stirring speculation that it was planning to burst into the industry in a big and potentially disruptive way. How things go at the first Amazon Go location could prove instructive for whatever’s likely to happen next.