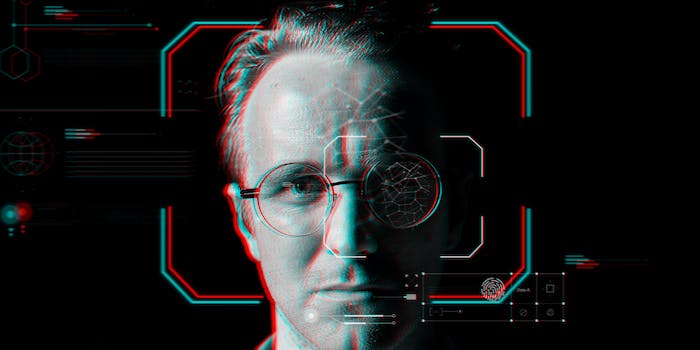 The technology poses problems regardless.

In the absence of a comprehensive federal policy on the use of facial recognition, Amazon recently indefinitely extended its year-long sales moratorium on its Rekognition software to law enforcement agencies. But civil rights organizations have said that the decision does not go far enough to protect civil rights and people of color.

Those organizations are concerned that Amazon’s position could be reversed and that sales to police agencies could resume at any time.

“Amazon must make a commitment to prevent any future sale of their surveillance tech to police and federal agencies, anything less is unacceptable,” Myaisha Hayes, the campaign strategies director at MediaJustice, said in a statement.

The company had stopped the sale of its facial recognition tool to police this month last year citing concerns about civil rights and uneven applications against Black people and other minorities. The move came in the wake of backlash to policing after the death of George Floyd. The switch from a year-long ban to an indefinite ban was first reported by Reuters.

An Amazon spokesperson did not comment to the Daily Dot, but Michael Punke, Amazon Web Services’ vice president of global public policy, laid out a five-point position last year in a blog post that described how it believes the technology should be used. The position includes the use of signs to inform the public when facial data is being collected and compliance with Fourth Amendment protections against unreasonable searches and seizures.

During the past year, facial recognition and its implications for privacy invasion and fears of an all-encompassing surveillance state have come to a head. That swirl of movement surrounding the highly controversial technology even made its way to Congress. Several bills were introduced in 2020 that sought to rein in the technology, but they died on the floor.

And while civil rights and privacy advocate groups like Fight for the Future, MediaJustice, and the American Civil Liberties Union have concerns about the use of facial data, at least one national organization representing police officers decried Amazon’s position as posturing.

“Amazon’s stance seems to be one of pandering to public opinion (and a small segment of the public at that),” Bill Johnson, the executive director of the National Association of Police Organizations, wrote in an email to the Daily Dot. “Amazon has no problem profiting off of police departments by being a main provider for storing officer body-cam footage, so they can’t say they won’t take the public dollar.”

There are points on the use of facial data that Amazon and the Johnson agree, however.

In its post, Amazon insisted that law enforcement’s use of facial data could help with work that would take investigators more time to identify potential criminal suspects, but that it should be backed up with human judgment.

“It’s important to remember that human beings must still be in the loop, the technology itself can only provide a ‘lead’ for agencies, in essence indicating that a person looks like someone of interest,” Johnson wrote. “Human beings, whether it’s a detective, a judge, a jury, must still ultimately decide whether the technology got it right.”

Personal facial data should only be one tool, according to Johnson. And human review should be used to ensure that a person’s rights were not violated, according to Amazon.

“Facial recognition should not be used to make fully automated, final decisions that might result in a violation of a person’s civil rights,” Punke wrote.

Yet how Amazon’s position might shift is wide open. Andy Jassy, the retail powerhouse’s incoming CEO, has defended law enforcement’s use of facial recognition in the past. In an interview with Frontline in 2020, Jassy questioned whether a ban on police use of the technology was necessary. And Amazon still partners with police through its Ring doorbell program, which is another program Fight for the Future wants to end, and stores body camera footage for departments. All that, Johnson said is evidence that Amazon doesn’t have problems partnering with police and taking public dollars.

So even though Fight for the Future considers Amazon’s recent decision as a victory for the racial justice, privacy rights, and worker advocacy groups that have campaigned against facial recognition technology like Amazon’s, it still considers the moratorium a half-measure.

“The fact that Amazon can make this announcement, but could change its mind tomorrow and start selling its facial recognition tech to police, is exactly why we must pass federal legislation banning law enforcement use of facial recognition,” said Caitlin Seeley George, a campaign director at the Fight for the Future.

Cities throughout the country have banned government use of facial recognition and civil rights groups have called on President Joe Biden to do the same. Some members of Congress have also backed bills that would place a federal moratorium on the technology that could only be lifted by Congress.

Amazon, however, is decidedly opposed to bans and other moratoriums like some that have passed in some American cities and the bans that were proposed in Congress.

“New technology should not be banned or condemned because of its potential misuse,” Amazon wrote. “Instead, there should be open, honest, and earnest dialogue among all parties involved to ensure that the technology is applied appropriately and is continuously enhanced.”

When Amazon announced its moratorium last year, it was done with the hope that Congress would create rules governing the use of the technology.

“The threats posed last year by police use of face recognition technology are identical today,” Nathan Freed Wessler, deputy director of the ACLU’s Speech, Privacy, and Technology Project, said in a prepared statement. “Face recognition technology fuels the over-policing of Black and Brown communities, and has already led to the false arrests and wrongful incarcerations of multiple Black men.”

Yet the U.S. is no closer to a federal policy on the uses of facial recognition and other biometric data.

Last year, momentum swung toward reining in facial recognition technology in several cities. But while concerns over the technology have been made clear, the country remains stuck in a scattered landscape of rules and regulations surrounding it.

Depending on where you are, the rules for facial recognition use can vary significantly, or not exist at all. In Illinois, customers must give businesses consent before they use any biometric information, and that law has been at the heart of numerous lawsuits. In Portland, Oregon, facial recognition is banned.

Many of the city and state laws have been passed with pressure from the ACLU. Earlier this year, the organization sent a letter to the Biden administration urging him to use his executive powers to limit the use of the technology.

“Now, the Biden administration and legislatures across the country must further protect communities from the dangers of this technology by ending its use by law enforcement entirely, regardless which company is selling it,” Wessler said.

Matthew B. McGrath is an independent journalist based in New Jersey. He is a former editor at FoxBusiness.com, and he has been a general assignment reporter for regional newspapers in New York and New Jersey, including The Record and NorthJersey.com. As an editor and reporter, he has been part of a number of teams covering regional and national breaking news, which have won awards from the Silurians Press Club, the Deadline Club of New York City, and the New Jersey Press Association.