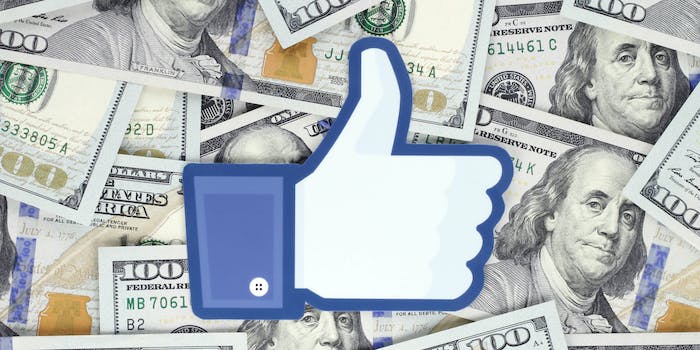 The facial recognition settlement is on.

Facebook users in Illinois are now eligible for payments stemming from a facial recognition settlement agreed to earlier this year.

In January, the social media giant agreed to pay $550 million after it was sued by Illinois residents for allegedly breaking the Illinois Biometric Information Privacy Act by using facial recognition technology to suggest people to be tagged in photos.

Facebook then agreed to up its settlement by another $100 million in July after a California judge ruled that $550 million was not high enough. That made the total settlement $650 million.

The law is also at the heart of lawsuits brought up against Clearview AI, the facial recognition startup with links to law enforcement that scrapped public-facing photos from social media for its massive database.

Posts on social media show that Facebook began alerting users to the possible settlement this week. The notification reads “Court notice: You may be entitled to payment in a class action over FB’s face recognition technology.”

The law firm behind the suit, Edelson PC, set up a website where Illinois Facebook users can fill out a claim. The firm estimates that people who are eligible to file a claim could receive between $200 and $400 depending on the number of valid claims that are filed.

The court defined those who are eligible to file a claim as “Facebook users located in Illinois for whom Facebook created and stored a face template after June 7, 2011” and lived in Illinois for at least 6 months, according to the law firm.

The deadline to file a claim is Nov. 23.

Facebook did not immediately respond to a request for comment by the Daily Dot. We’ll update this story if we hear back.