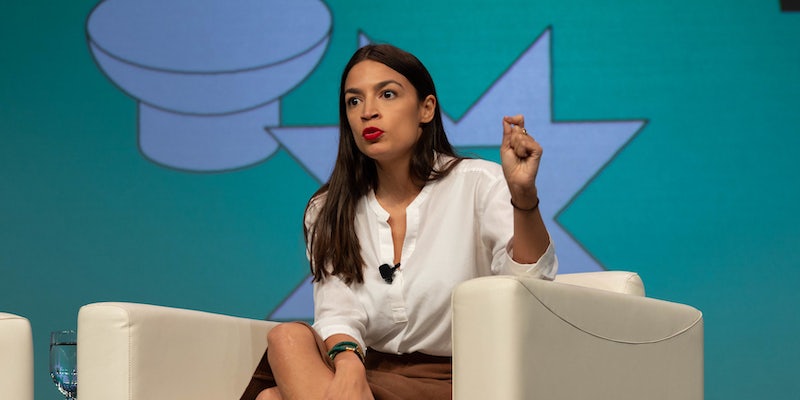 The New York lawmaker was sued earlier this year for blocking someone who was critical of her.

Rep. Alexandria Ocasio-Cortez (D-N.Y.) apologized on Monday for blocking a Twitter user who was critical of her and ultimately sued her, claiming that the blocking violated his constitutional rights, according to reports.

The New York Times reports that Ocasio-Cortez’s apology comes as part of a settlement stemming from a lawsuit from Dov Hikind, a former New York assemblyman.

In July, Hiking filed a lawsuit against Ocasio-Cortez the same day the United States Court of Appeals for the Second Circuit upheld a lower court’s decision that President Donald Trump could not block his critics on Twitter.

“I have reconsidered my decision to block Dov Hikind from my Twitter account,” Ocasio-Cortez said in a statement, according to the Times. “Mr. Hikind has a First Amendment right to express his views and should not be blocked for them.”

The New York lawmaker added that it was “wrong and improper” to block Hikind and that it “does not reflect the values I cherish.”

The New York Post notes that the statement continued:

“However, I reserve the right to block users who engage in actual harassment or exploit my personal/campaign account, @AOC, for commercial or other improper purposes.”

In the wake of the lawsuit, Ocasio-Cortez said that she has blocked less than 20 people among the millions of people that follow her.